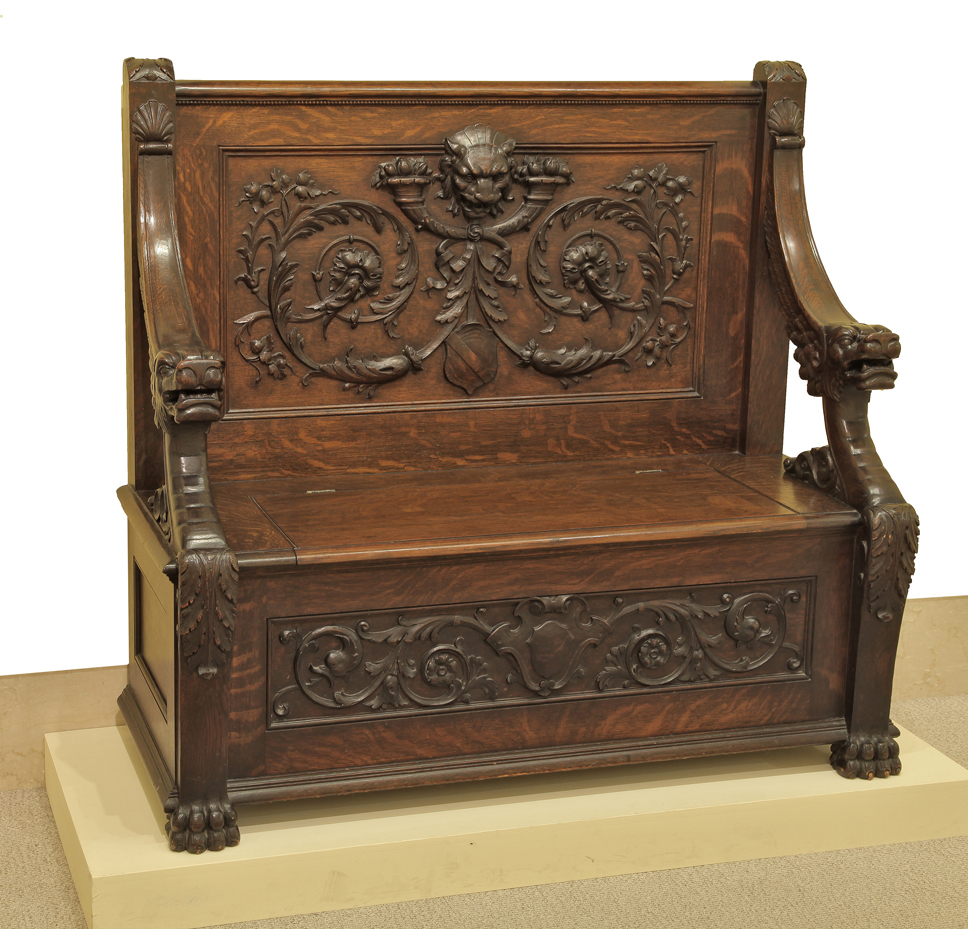 Gift of the Massouda Family

Settle refers to a bench with storage space. This one is Renaissance Revival in style and relates strongly to historic architectural motifs. Notice the carved lion’s heads and acanthus leaves, the snarling animal heads on the arms, and the massive paws—bold references to ancient and Italian Renaissance art reinterpreted in France and later in the United States. Such works, hand carved and massive, became popular in the United States after the Civil War. Crowley may have worked as a craftsman at the Vanderbilts’ Marble House, one of Newport, Rhode Island’s most opulent summer homes. Designed by the French-trained Richard Morris Hunt, it is reminiscent of Versailles and the châteaux of the Loire.