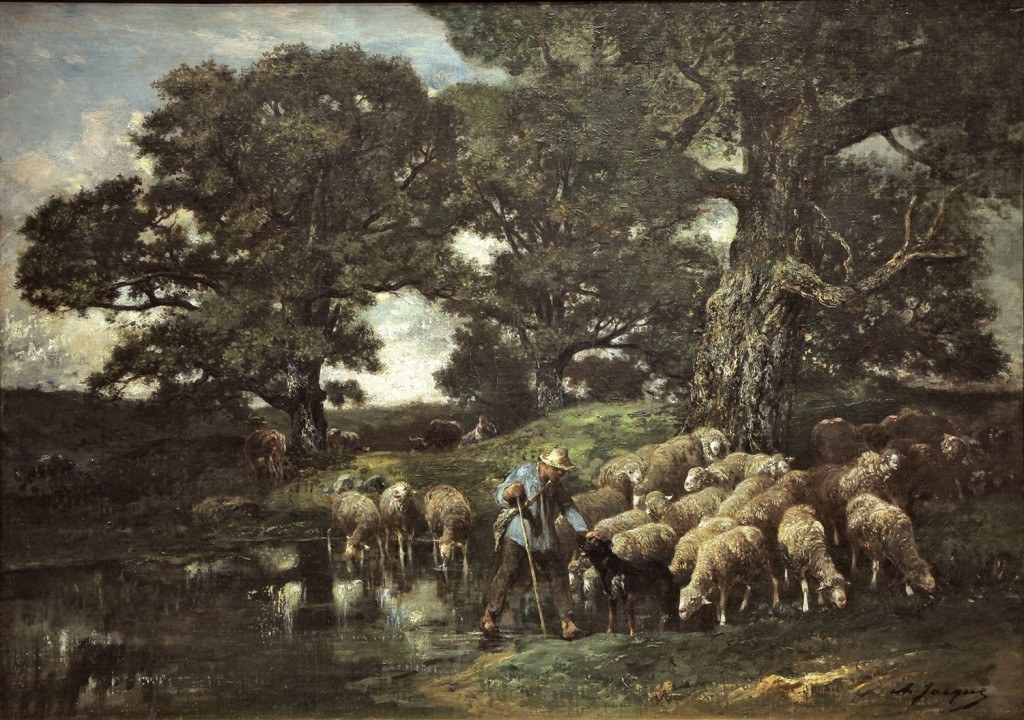 Shepherd and His Flock

This canvas by contains several hallmarks of Barbizon painting: a rustic setting, subdued tonalities, and gnarled trees that provide a setting for the shepherd and his sheep. Elevating simple and humble subjects, especially of peasants and the working class, link it to Gustave Courbet and the French Realist movement. Jacque was among the painters who left Paris for the Village of Barbizon and the forest of Fontainebleau. He first journeyed to Barbizon with his friend Jean-François Millet in 1849. Jacque was known for his representations of sheep, but this example is distinguished by the size of the flock, the addition of cattle grazing and sheepdog, and the prominent figure of the shepherd who wears the traditional heavy-duty blue smock fashioned from serge fabric, the bleu de Nimes. The shepherd recalls those of Millet.