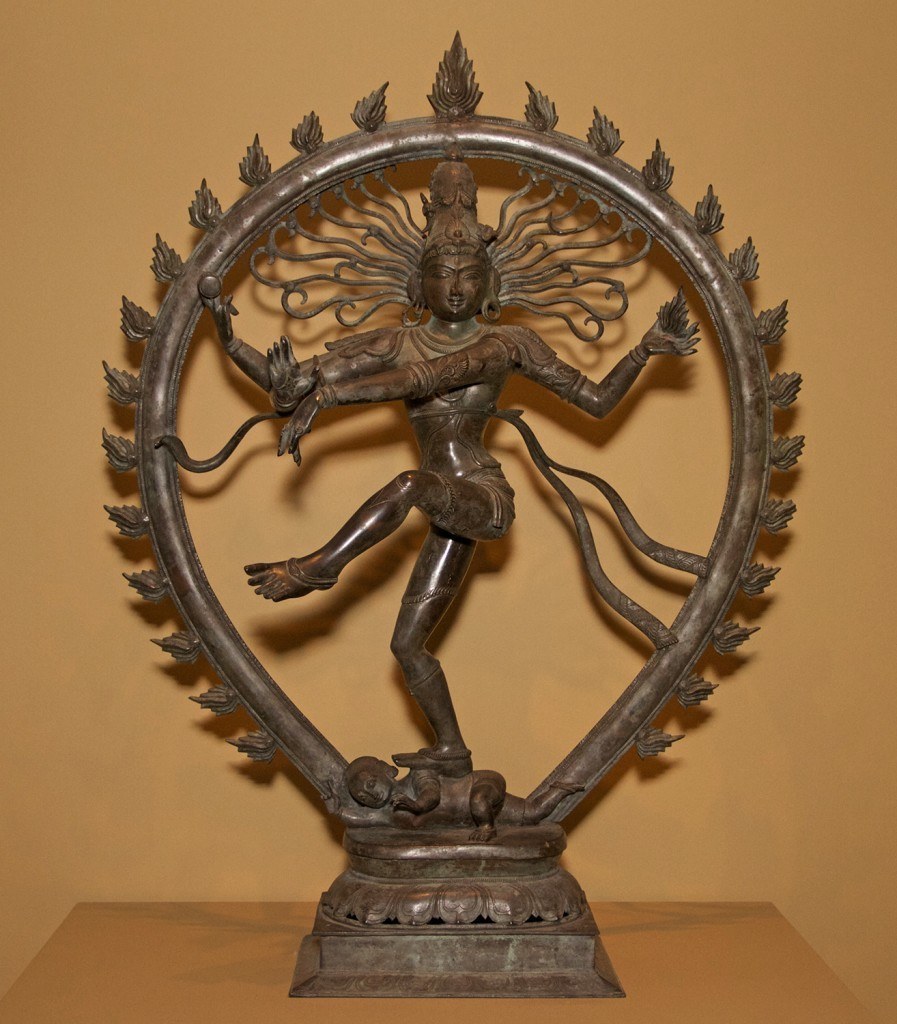 Shiva as the Lord of Dance (Nataraja)

Shiva, the destroyer, is part of the divine trinity in the Hindu religion. Shown here as supreme dancer, Shiva becomes the deity who destroys and creates the universe. Creation is indicated by the drum in his upper right hand, as sound is a key manifestation of creative energy. The flaming mandorla and the flame in his upper left hand symbolize the world’s destruction. The “fear not” gesture of his lower right hand offers protection, while his fourth hand, pointing down to his foot, promises salvation. One foot stomps on a figure symbolizing ignorance—while the other foot is in a dancing pose that signals the release of souls to salvation.