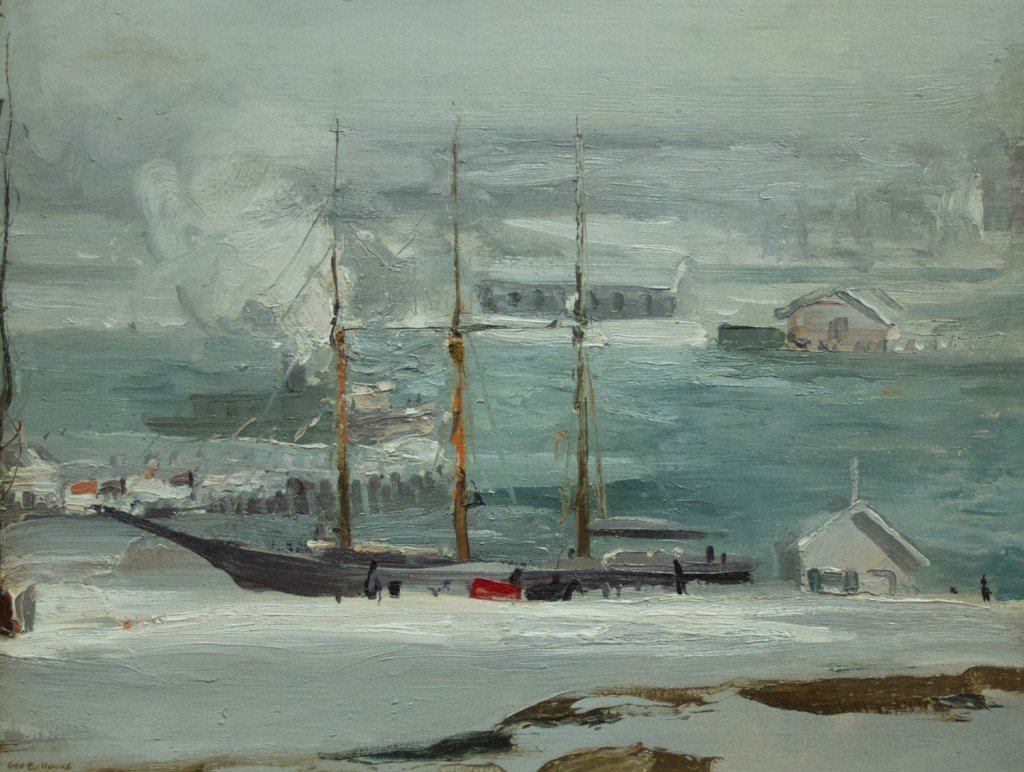 Raised in Columbus, Ohio, Bellows attended the New York School of Art. He studied with Robert Henri, but his age prevented him from inclusion in The Eight’s exhibition (with paintings by Luks, Sloan, and Henri). Yet, his attraction to urban life links him to many in the group.

Silver Day is one of a few dozen snow scenes created by Bellows between 1908 and 1915. It is an atmospheric view of New York’s East River just north of the Queensboro Bridge, communicating the chill of an overcast winter day. It departs from the darker palette of his dramatic boxing pictures, yet retains their vigorous brushwork. Bellows is known for his depiction of snow, often in a highly unusual frigid blue. Here, blue-green, grey, and white tones predominate, the effect dampening the noise of the city.