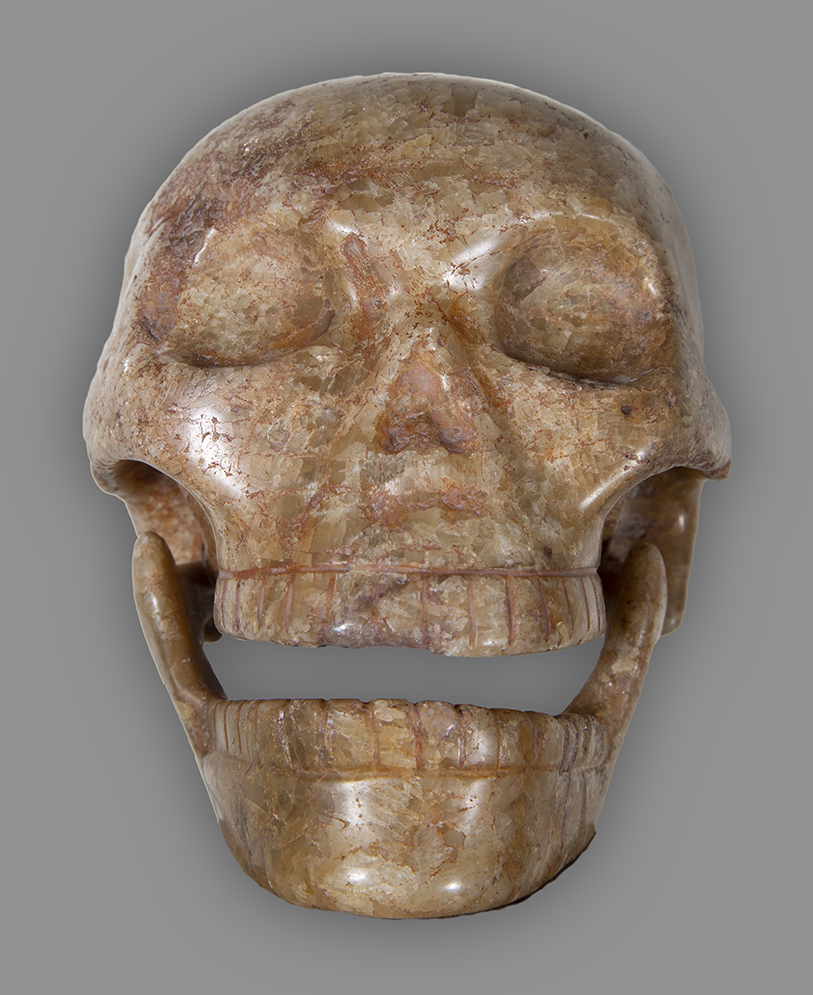 Since the late nineteenth century, around a dozen crystal skulls said to have been made in Mesoamerica have been acquired by museums worldwide. All have been doubted as fakes. The movie, “Indiana Jones and the Kingdom of the Crystal Skull” (2008), has only added to the mystique of such objects. This Maya stone skull is indisputably genuine. The jaw is a separate piece designed to move freely. Remnants of a red pigment, likely cinnabar, can be seen in the crevices on the surface.

Category: Art of the Americas