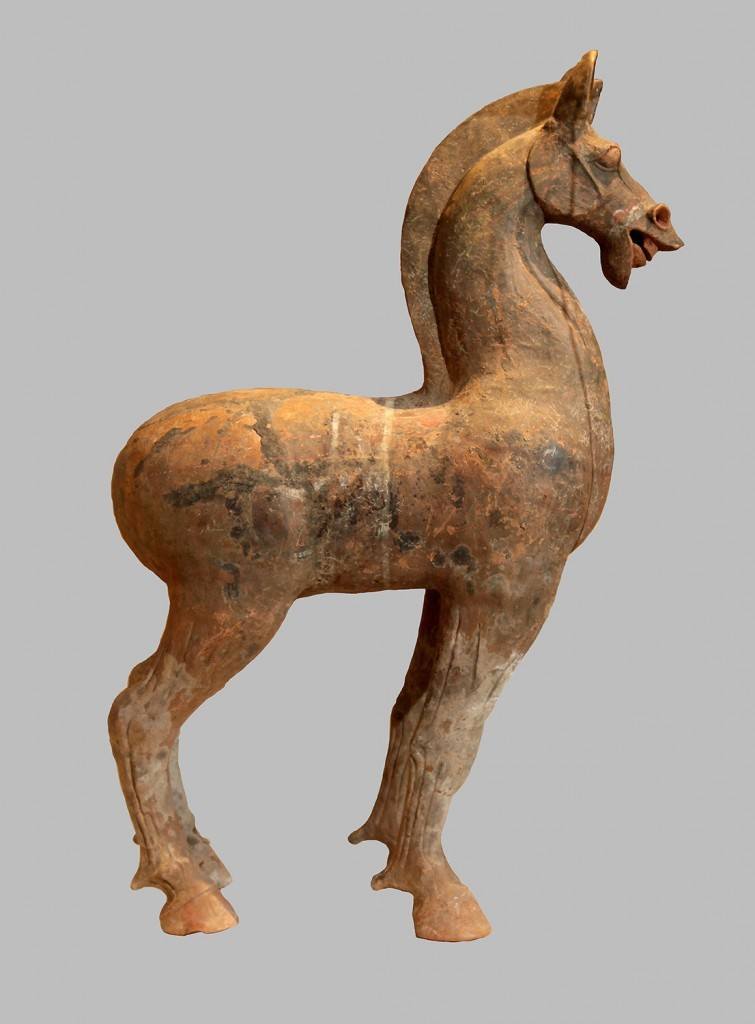 Earthenware with traces of pigment

Horses were important to Han rulers and aristocrats, who took representations of them into their elaborate tombs, for service in the afterlife. During Emperor Wu’s reign (141–87 B.C.), a superior breed of horse was imported from the Western Region to China’s Central Plains, to counter the onslaught of nomadic tribes from the North. The majestic stance of this tomb sculpture expresses the vitality of these animals known as “celestial horses.” This sculpture may have carried a mounted cavalryman. The tail, which was molded separately is missing.