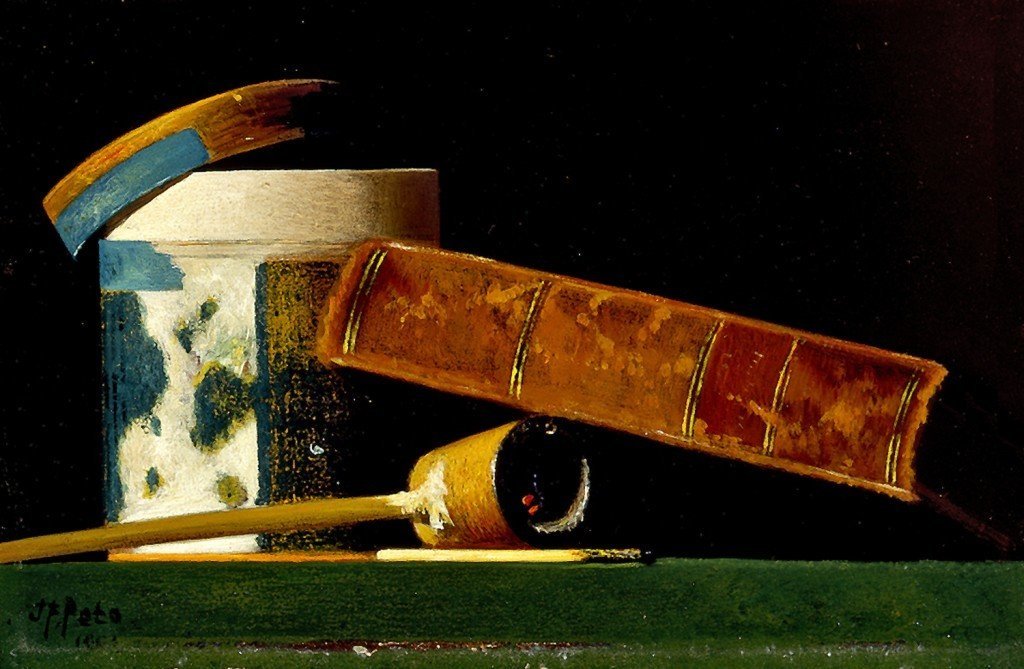 Oil on academy board

Peto studied at the Pennsylvania Academy of Fine Arts in Philadelphia. That city had a great tradition of still life that had been established by the Peale family in the 1790s and early 19th century. At the Academy, Peto also met William Michael Harnett whose works were, at one time, confused with Peto’s. Although Harnett created smaller more traditional still lifes, he was famous at the time for his highly detailed illusionistic paintings—trompe l’oeil works that often tricked contemporary viewers into thinking they were looking at the actual objects not a painted representation. Yet, comparing the two, Peto’s later works become highly recognizable, with softer brushwork, and compositions that were at once sparer and more daringly modernistic. Such intimate still lifes also reflected the idea of the home comforts of an American male of the period.