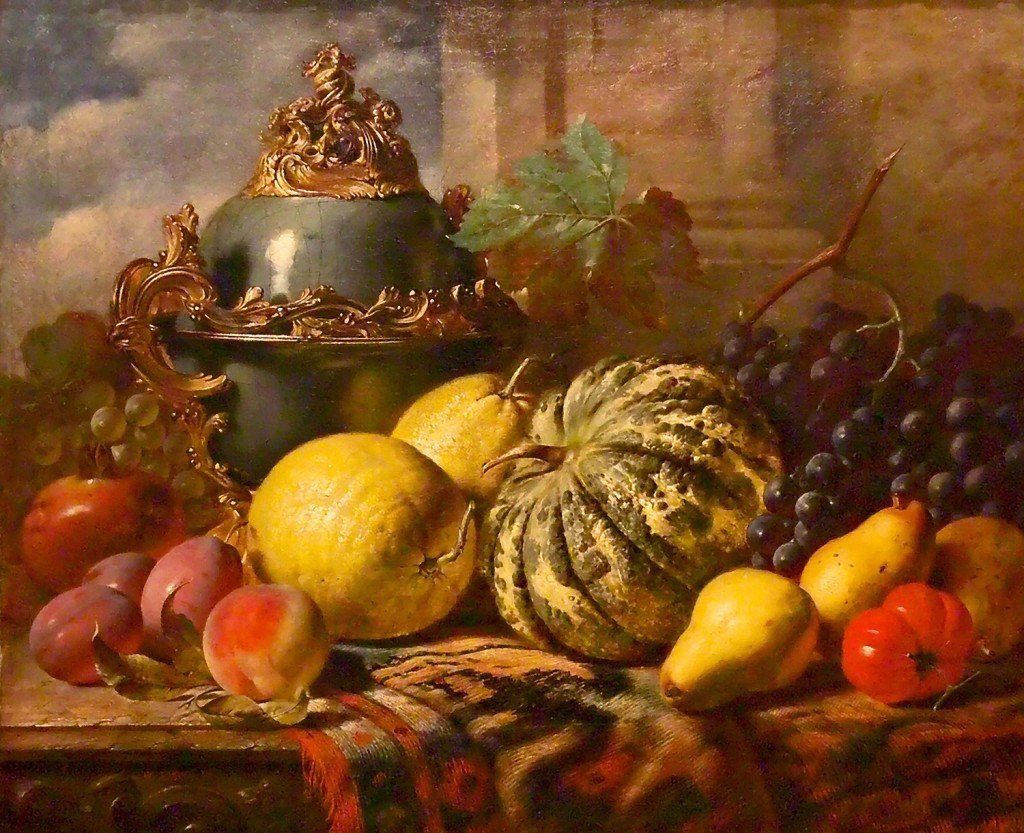 William Duffield was one of a few leading still life painters working in Britain. He excelled at still lifes that reflected the wealth of the British Empire during the Victorian era. His teacher was the renowned still lifes painter George Lance (1803–1864). Duffield later studied in Antwerp, where a significant number of still lifes were produced in the sixteenth and seventeenth centuries. He departed from the northern baroque tradition where moralistic still lifes symbolized the transient nature of earthly pleasures. His works instead became a barometer of the comfort and perceived stability of the middle- and upper-class in the reign of Queen Victoria.