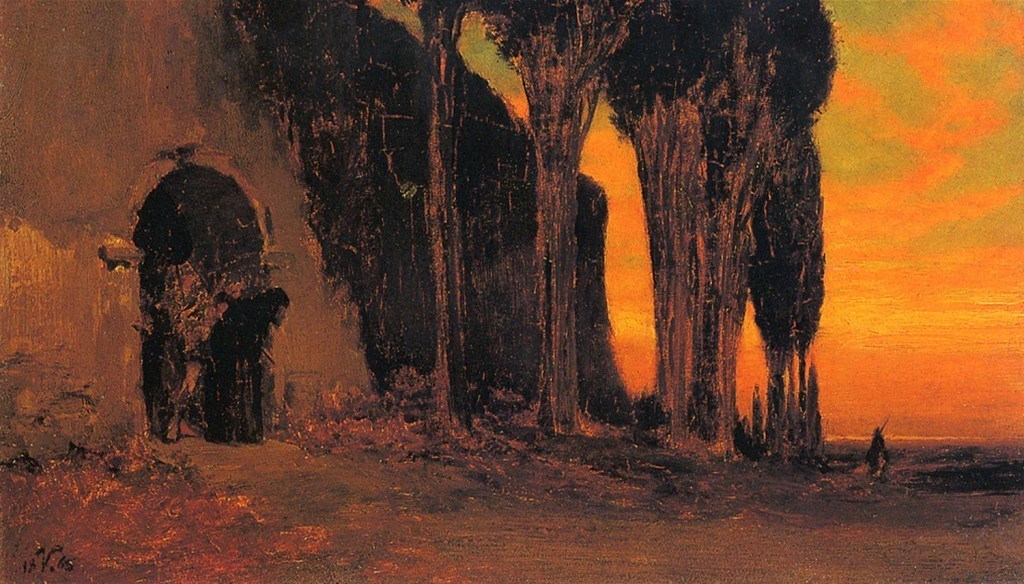 Sunset (The Temptation of  St. Anthony)

The expatriate artist Vedder has been described as a visionary. He was inspired by history, literature, and imagination rather than objective reality. Thus, his art is not in step with major movements on either side of the Atlantic until the advent of Symbolism in the 1890s. Vedder was distraught by the Civil War, which ended as this painting was conceived. He returned to Italy late in 1865, where he retreated from an increasingly violent and mechanized world.

St. Anthony (251– 356 C. E.) renounced the material world and retreated to the desert, where he was tempted spiritually and physically. Vedder’s version leaves much to the imagination: the hoofed figure of the devil is behind the saint who peers into the sunset.