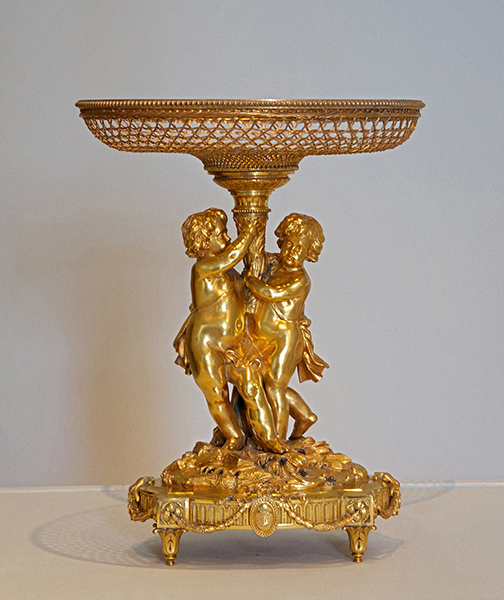 The period of Napoleon III’s reign in the mid-nineteenth century experienced a revival of eighteenth-century French art, particularly of the Rococo style. This is strongly reflected in the use of putti to support the basket, although this work may be British in origin. Such a centerpiece would have adorned the tables of the upper-middle class throughout Europe and perhaps in the United States as well.