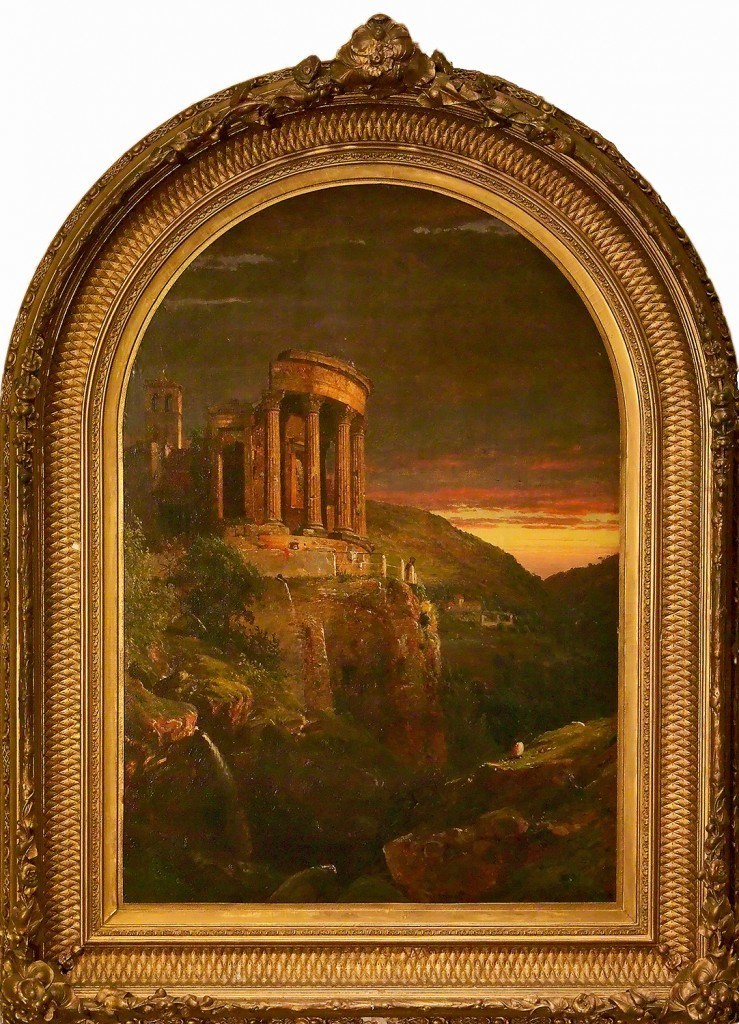 Temple of the Sibyl, Tivoli

The Hudson River School painter Cropsey traveled to Europe in 1847. He looked to the landscapes of Thomas Cole and Asher B. Durand, while his later work resembles the panoramic paintings of Frederick Church. In 1848, Cropsey visited the ancient Roman site of Tivoli. Like artists in the 18th century, he was drawn to the ruined Temple of the Sibyl (or Temple of Vesta) dramatically perched on a gorge. Returning to New York, he created his first painting of the Temple of which there are said to have been six variants. Here, the eye is drawn into the composition by the shepherd at right who looks up to the ruins while the dramatic sunset leads the viewer to contemplate the horizon and the hills beyond. The red and orange tonalities are typical of Cropsey’s palette. Although the subject is purely Italian, the setting reminds us of the Hudson River Valley.