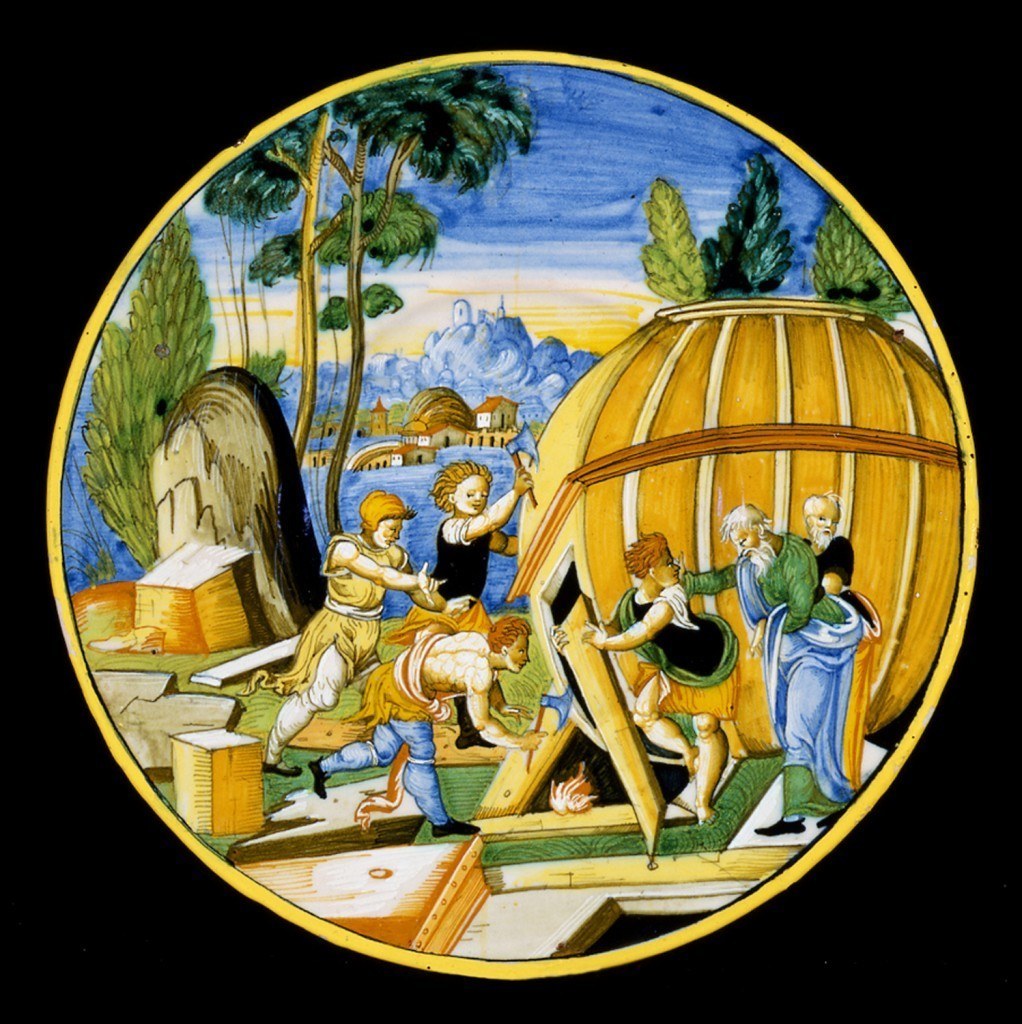 The Building of the Ark

This earthenware is described as maiolica. The term derives from Majorca, the island off the coast of Spain that first introduced Hispano-Moresque pottery to Italy. This plate is from Urbino, a center of maiolica production by the 16th century. The adaptation from decorative patterns to the depiction of narrative scenes was uniquely Italian. A variation, called istoriato—based on stories and legends—is represented here and depicts the Old Testament story of Noah building the ark. The design was inspired by the Renaissance master Raphael after a fresco in the Vatican.

The plate’s state of preservation gives us a rare glimpse into the Renaissance sensibility for color, apparent in the brilliant blues and yellows. Once the application of color was finished, the piece was fired, preserving it for centuries.