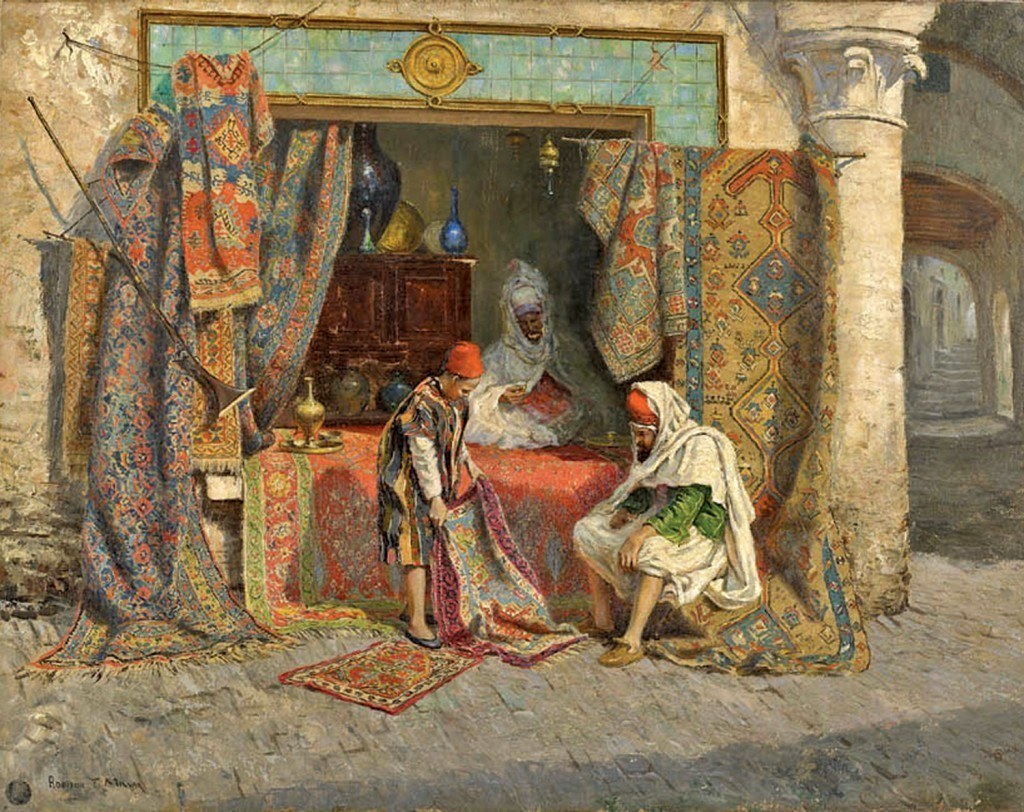 Museum purchase with funds donated by the Collectors Circle

Known for his Orientalist paintings, Millar studied at New York’s Art Students League and with the American painter William Merritt Chase. He then lived in Paris between 1894 and 1905. Orientalism refers to a romanticized view of North Africa and the Near East, areas Europeans were interested in colonizing. Painters, whether they had first- or second-hand knowledge of these places, frequently interpreted aspects of daily life, especially after 1850. Millar’s only trip to Algeria in 1896 provided him with rich material: he painted scenes of rug merchants and exotic objects rendered in an opulent palette. Note the contrast between those and his rendering of stone elements and the architectural setting.