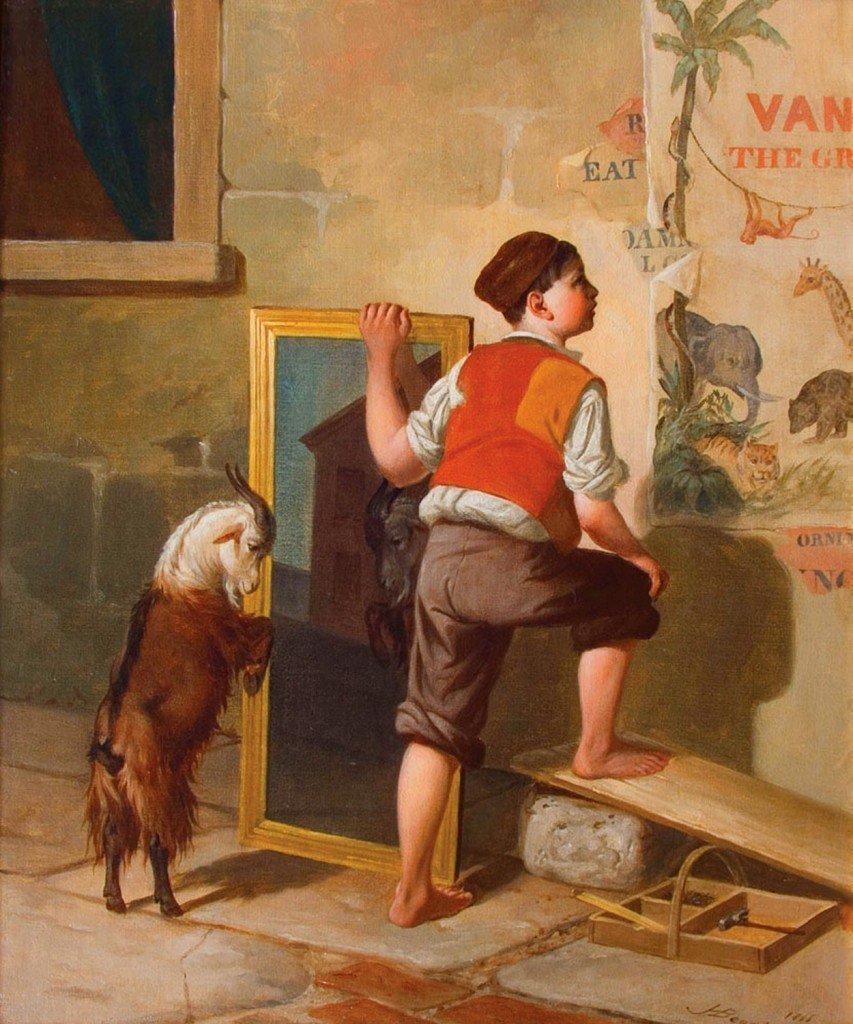 This genre painting—a scene of daily life—exemplifies Beard’s proficiency in depicting animals and children. He first specialized in portraits, excelling at likenesses of children. Beard traveled via the Midwestern waterways from New Orleans to Cincinnati, painting and exhibiting. After 1845, he was also sporadically based in New York, moving there permanently in 1870. He was elected to the National Academy of Design in 1872, becoming known for animal painting and humorous political commentary. It is interesting to speculate about the story or aphorism depicted here.