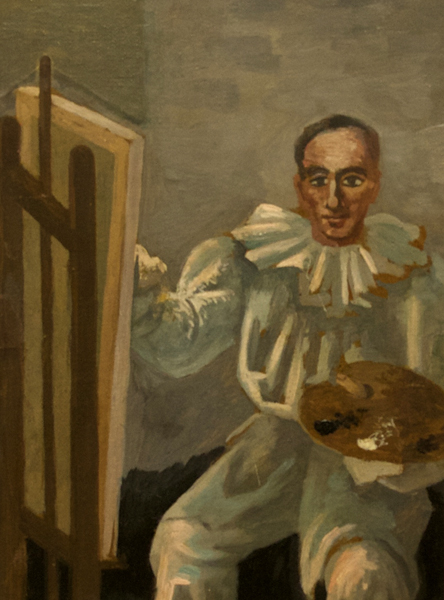 Severini is associated with the Italian avant-garde movement called Futurism and its 1910 “Manifesto of Futurist Painters.” He moved to Paris in 1906 where he was influenced by the early Cubism of Picasso and Braque. During this period fragmented forms, “force lines,” were combined with contrasting colors to convey abstract compositions of rhythmic, dynamic movement. Later abandoning the modernist vocabulary, Severini returned to a figurative art in the 1920s. Perhaps this painting is a self-portrait, a mocking, autobiographical reference to the human condition.