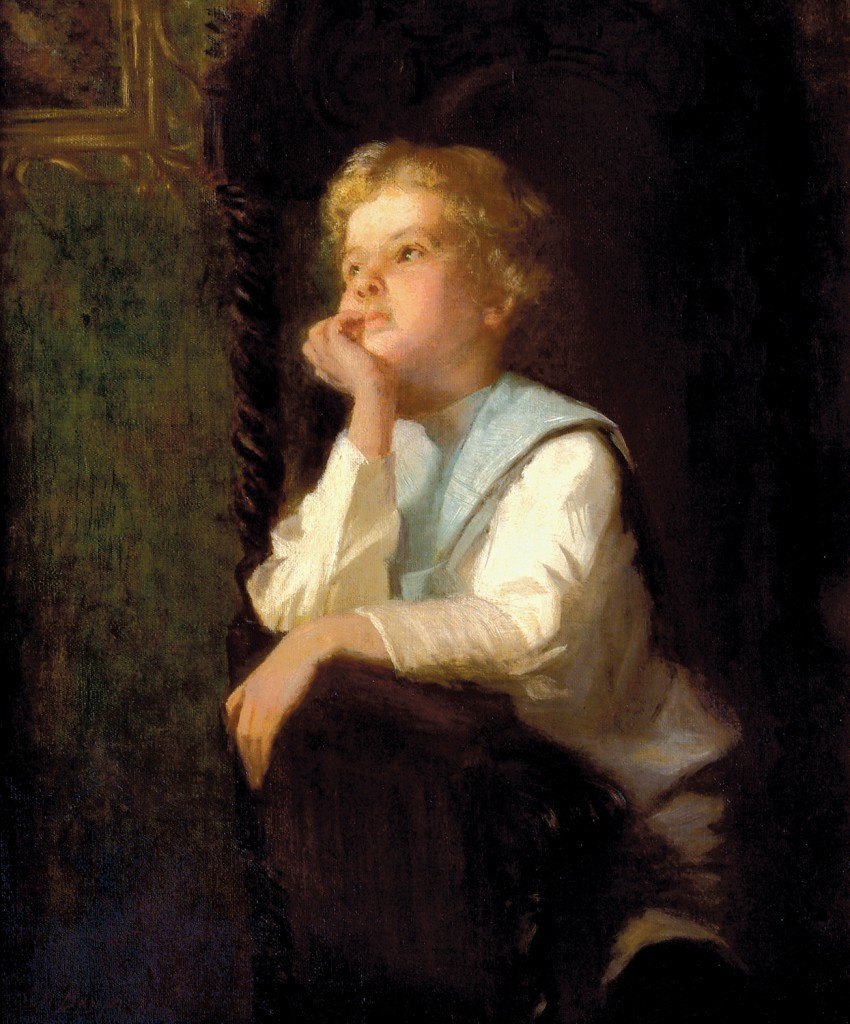 Gift of Miriam May-O'Laughlin in memory of her father, Alvan Edward May

One of the most prestigious African American artists of the 19th century, Bannister was known for his landscapes inspired by Hudson River School and Barbizon painters. After a variety of jobs, including hand-painting daguerreotypes, Bannister settled in Boston. He pursued a career as a painter, moving to Providence in 1870. He received a first prize for Under the Oaks (now lost) at the 1876 Centennial Exposition in Philadelphia. Yet, he also was known to have painted portraits. This example recalling such late 19th century painters as John Singer Sargent may be from the end of his life and reveals the sitter’s interior state.