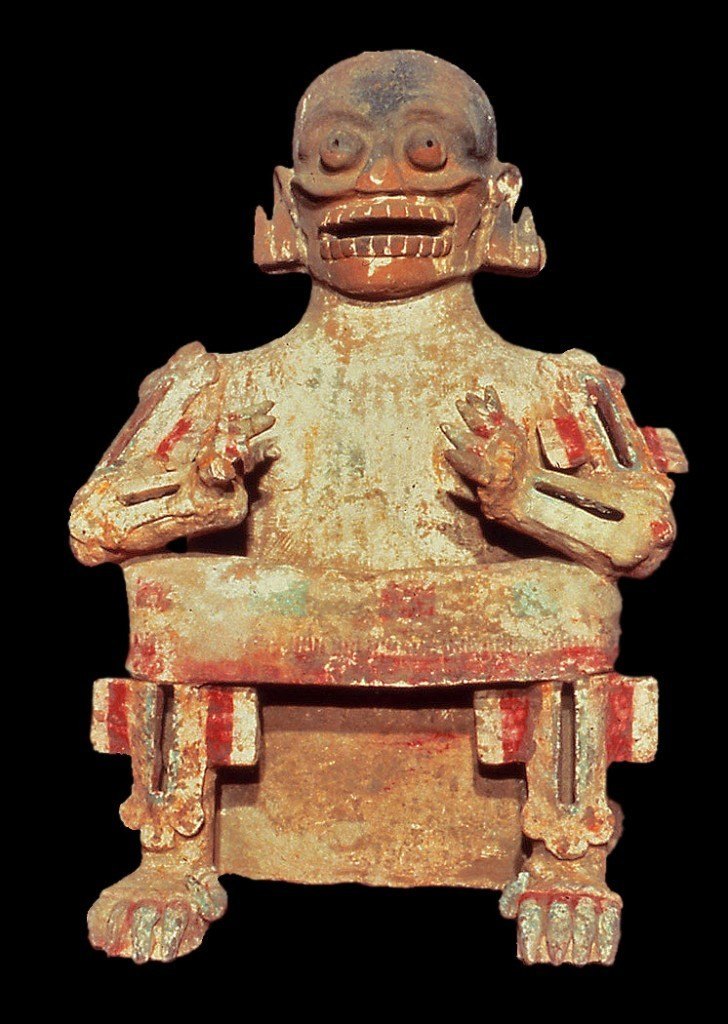 The God of Death, Mictlantecuhtli

This powerful monumental sculpture of the deity of death and lord of the underworld, Mictlantecuhtli is a masterpiece of Veracruz ceramic art that originally served as a funerary incense burner (incensario). Such usage is confirmed by the piece’s open base, which is large enough to accommodate a vessel of burning copal or other incense. The figure sits in the typical elbow-on-knee position; the arms and legs, rendered as slabs representing skeletal bones, are slotted in order to emit dramatic flows of smoke.  The hands and feet suggest claws of the jaguar, the sacred animal symbolic of the night and the Underworld.