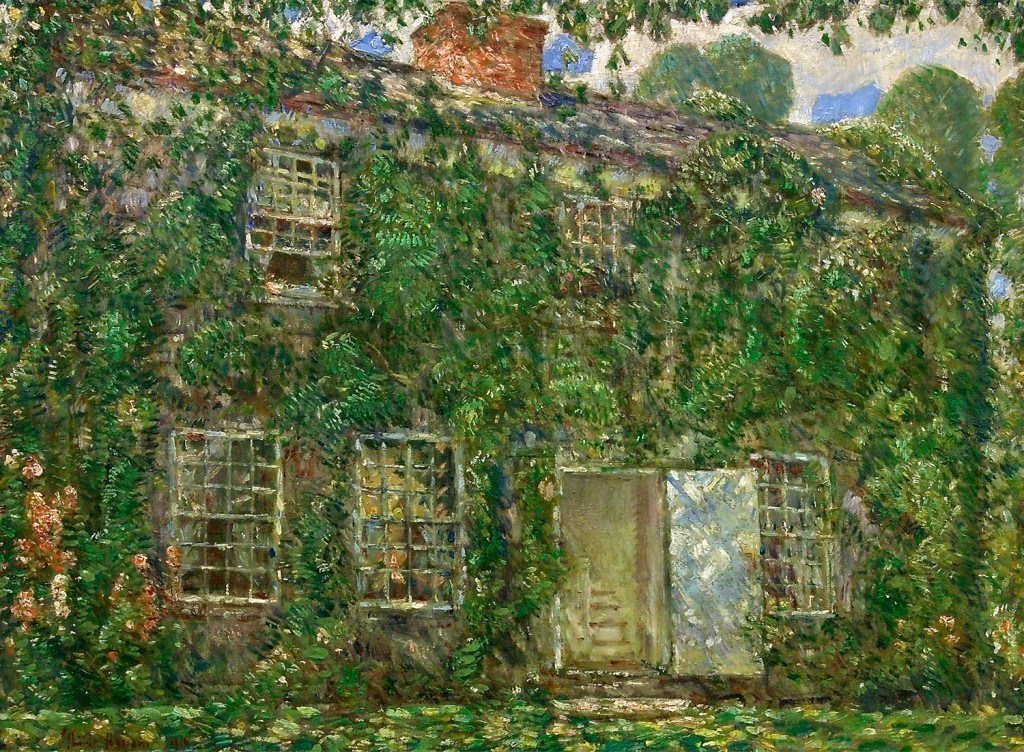 Hassam hailed from an old New England family whose ancestors included the writer Nathaniel Hawthorne. Yet, he was influenced by French Impressionism. Famous for his seascapes and scenes of urban leisure, he also painted architectural subjects as early as 1883.

Hassam first visited East Hampton in 1898–the year he also helped found the group “Ten American Painters.” Like some of his contemporaries who looked back to America’s colonial past, Hassam depicted the area’s saltboxes that recalled those found around his boyhood home of Dorchester, Massachusetts. The saltbox is a New England house, designed by English settlers. Here, Hassam captured the verdant facade of the early 18th century house where John Howard Payne (1791–1851) was raised. Payne authored lyrics for the beloved song, “Home, Sweet Home,” which celebrates the simplicity of American domestic life.