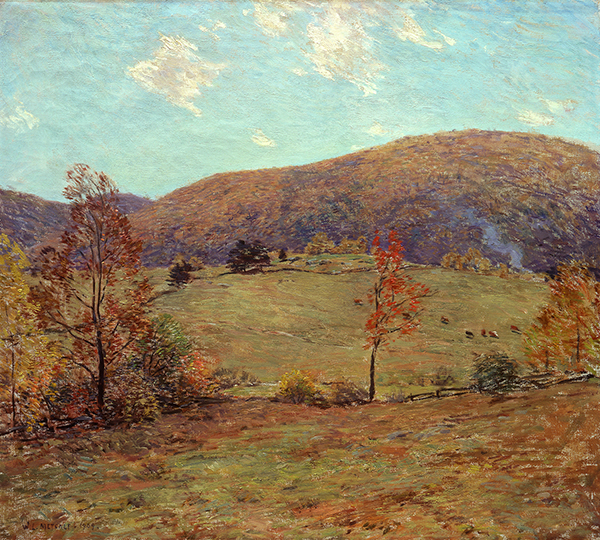 Purchased with funds from Estate of Lillian Josephine Martin

After several years of study and travel in Europe, Metcalf returned to America in 1888. He settled initially in Boston, but in 1891 he moved to New York where he worked as a teacher, illustrator, and portraitist. By the end of the decade Metcalf was focusing on landscape painting, which would be his predominant subject matter for the rest of his career.

The Mountain is certainly among Metcalf’s most jubilant and jewel-like paintings. Using a lively Impressionist palette and brush handling, he invests the painting with freshness and vitality. Such scenery was quintessentially American, and the “Americanness” of his work was recognized by critics of his time. Capturing the riotous color and pure beauty of rural Massachusetts, it is just such works as The Mountain for which Metcalf became known as the “poet laureate of the New England hills.”