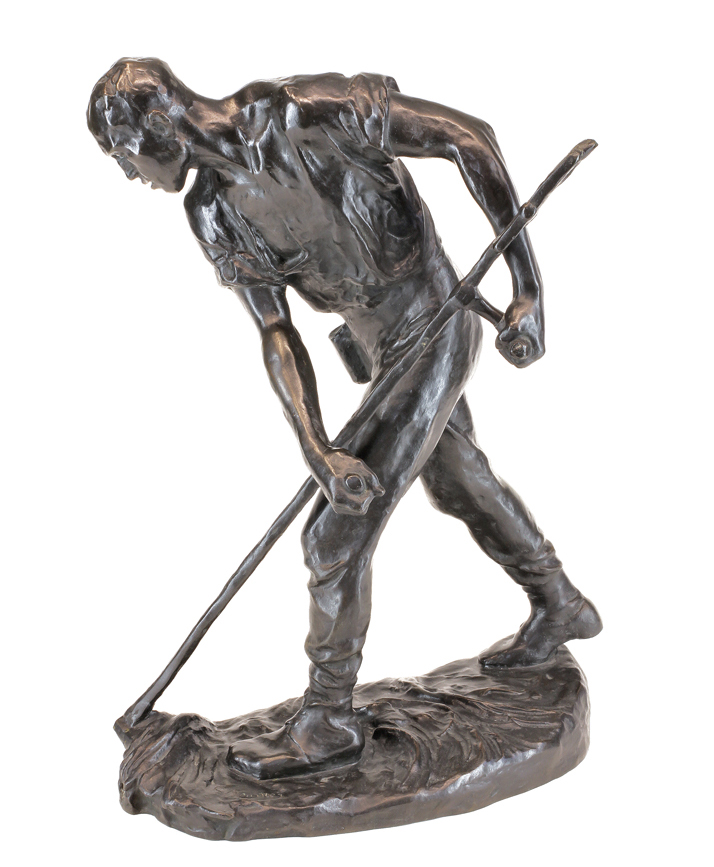 Museum purchase with funds donated by the Stuart Society

Meunier studied in Brussels at the Acadèmie des Beaux-Arts (1845–1848) and the atelier Saint-Luc, where the social realism of Charles de Groux influenced his mature career. Coming of age in an age of revolutions, Meunier glorified the worker and empathized with them. The expressively designed Mower relates to his greatest achievement, Monument to Labor. Yet, The Mower was conceived as an independent life-size sculpture, installed in Brussels’ Botanical Garden in 1892 and then in the Parc du Cinquantenaire in 1897. This reduction was cast during the artist’s lifetime and exists in a single size. One of the most important Belgian sculptors of the nineteenth-century, Meunier was much admired by Rodin.