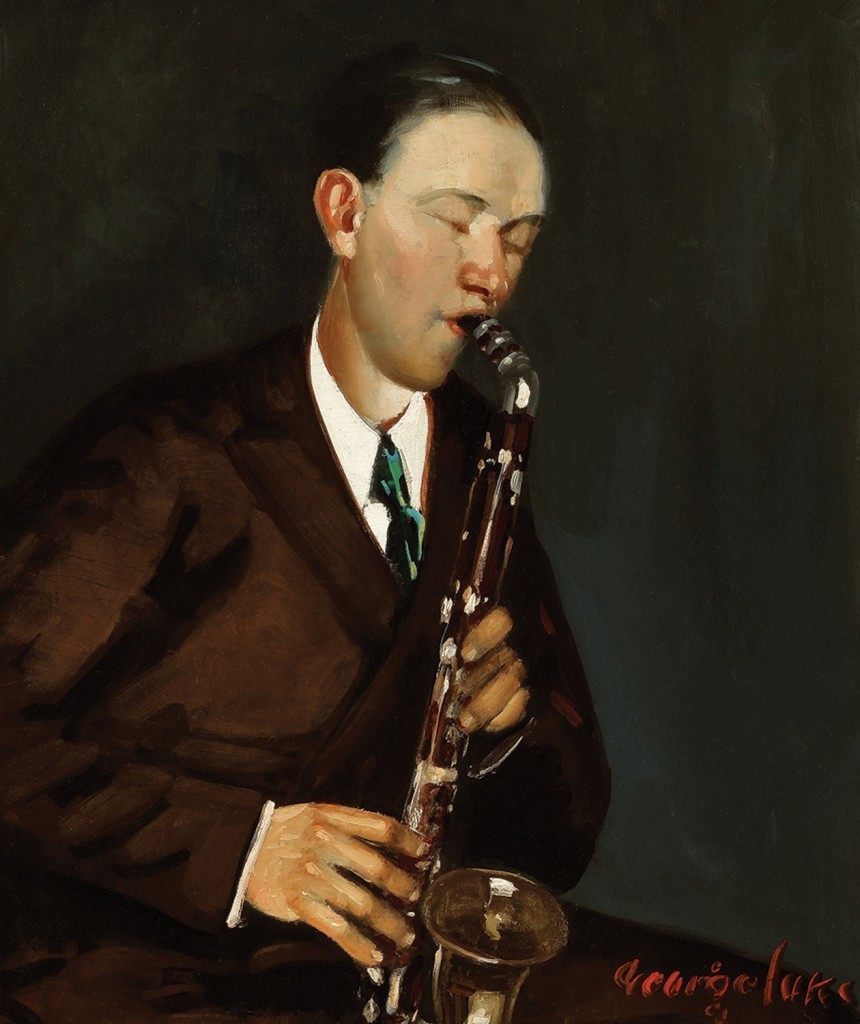 Luks belonged to Robert Henri’s circle and exhibited with The Eight in 1908. Like Henri, he studied at the Pennsylvania Academy and in Europe, but he also worked as a journalist and illustrator in Philadelphia and New York. He painted the people and the streets of New York City, often in a somber palette. He and some of his confreres were dubbed the “Ashcan School.” The Musician is an example of Luks capturing people engaged in activity rather than self-consciously posed. The quick brushstrokes and bold daubs of unmodulated color are characteristic of Luks’s style. His contrasting red signature was a favorite device, calling attention to the artist and asserting his presence in the painting.