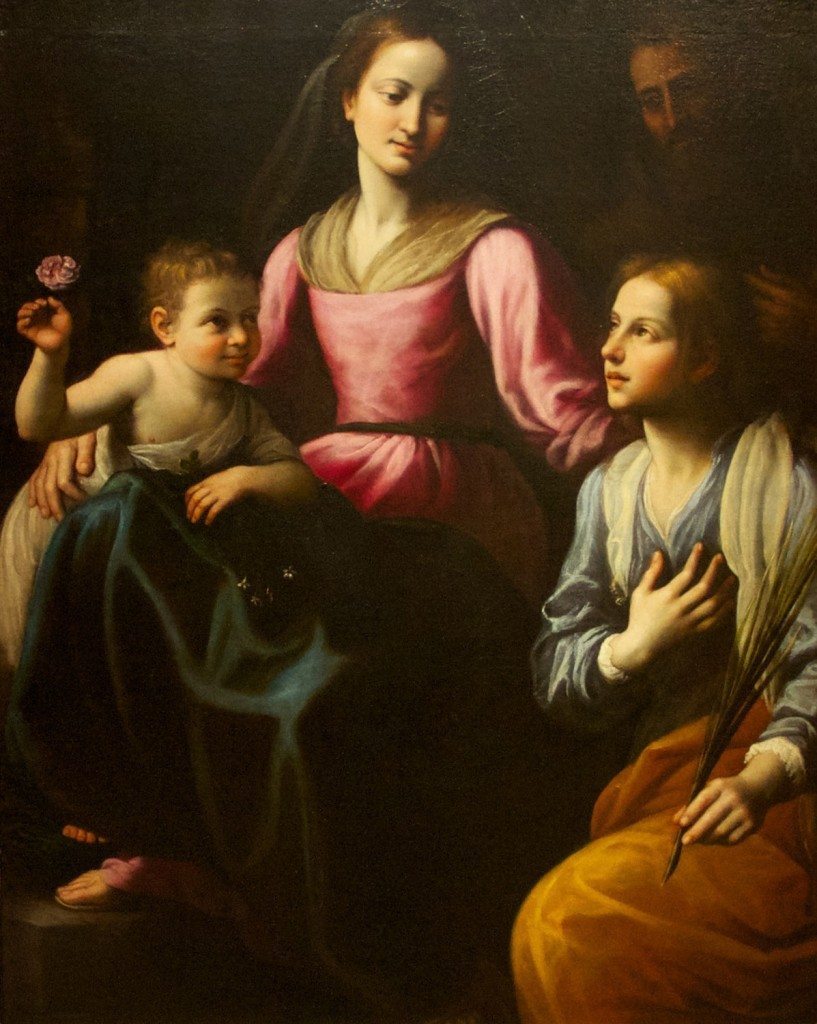 The Mystic Marriage of  St. Catherine

Gift of The Stuart Society

Santafede’s earlier works, mostly religious subjects and altarpieces, were done in the Mannerist style, while his later works are characterized by simplicity and naturalism. Based primarily in Naples, he was inspired by observing daily life and simple, devout people. They fulfilled the Counter-Reformation demand for clarity and directness. His art marked the transition from Mannerism to the naturalism of the early Baroque.

This painting depicts the legend of the Mystic Marriage of St. Catherine, which could relate to either St. Catherine of Alexandria (d. 310 C. E.), or St. Catherine of Sienna (1347–1380), both of whom had visions of a marriage with Christ, attended by the Virgin Mary. The male saint at right is St. Francis, identifiable by the brown monk’s robe and the sign of the stigmata on his left hand.