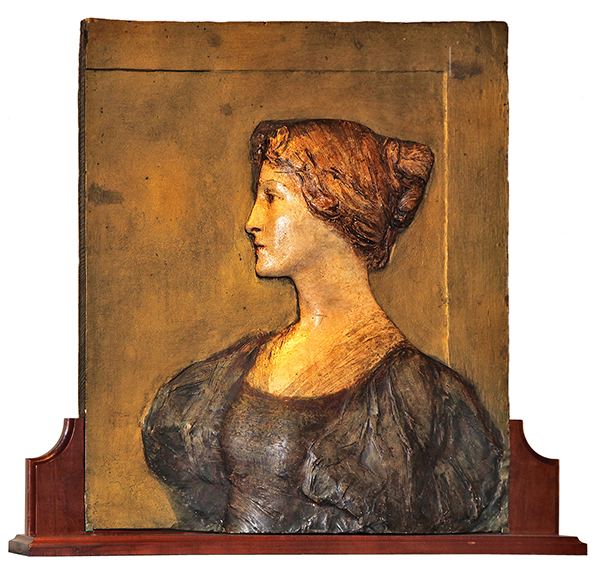 Adams belongs to a group of American painters, sculptors, and decorative artists associated with “The American Renaissance,” a movement that took place from about 1876 to 1917. Like many American artists of this era, Adams studied at the Ecole des Beaux-Arts in Paris, traveling there in 1885. He was also inspired by Italian Renaissance models. While working three dimensionally, he also created notable relief sculptures. This work was cut down from its original format (known from period photographs) that depicted a full-length seated portrait of a woman holding a flower.