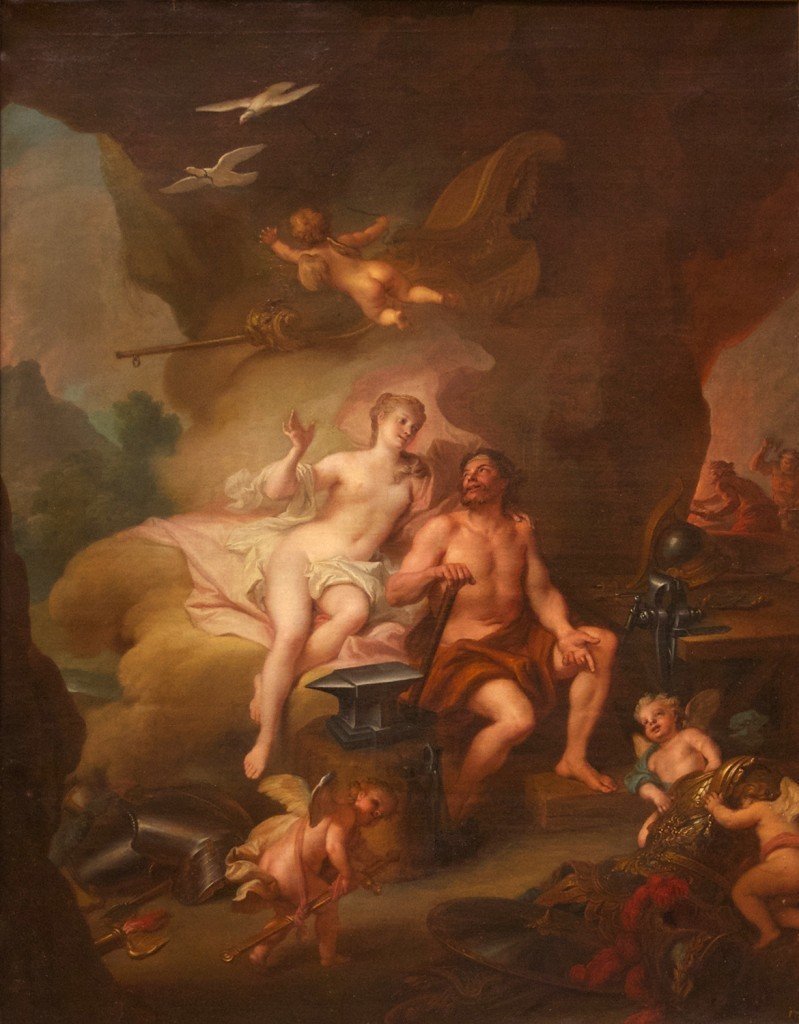 This large canvas was commissioned by Augustus the Strong, Elector of Saxony and King of Poland, one of the greatest art patrons of his time.  In the Aeneid, Venus, the goddess of love, begs Vulcan to forge special armor for her son Aeneas. This scene is depicted more frequently in 18th century art than Thetis at the Forge of Vulcan, based on Ovid’s Metamorphoses. However, this series of mythological paintings is said to be based on the latter. The depiction of Augustus and his mistress as Vulcan and Venus (or Thetis) demonstrates Silvestre’s ability as a portraitist as well as a decorative painter.