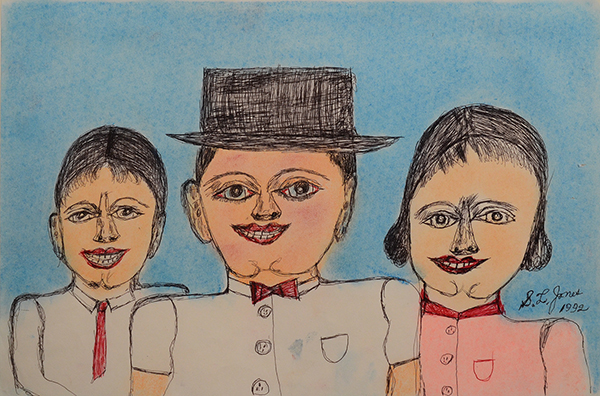 Ink and watercolor on paper

The son of a sharecropper and one of thirteen children, Jones was born in Indian Mill, West Virginia. From an early age, Jones carved small animals out of wood while on hunting expeditions. He turned to sculpture in earnest in 1967, after his retirement from the Chesapeake and Ohio Railway and the death of his first wife. He stated, “a person has to have some work to do, so I carve some and play the fiddle.”

After a series of strokes Jones began expressing his vision through drawing. Brightly colored, the composition is dominated by three individuals with large eyes and smiling faces. For Jones the figures reflect an inner emotion and he asserts “the heads look like how I feel.”