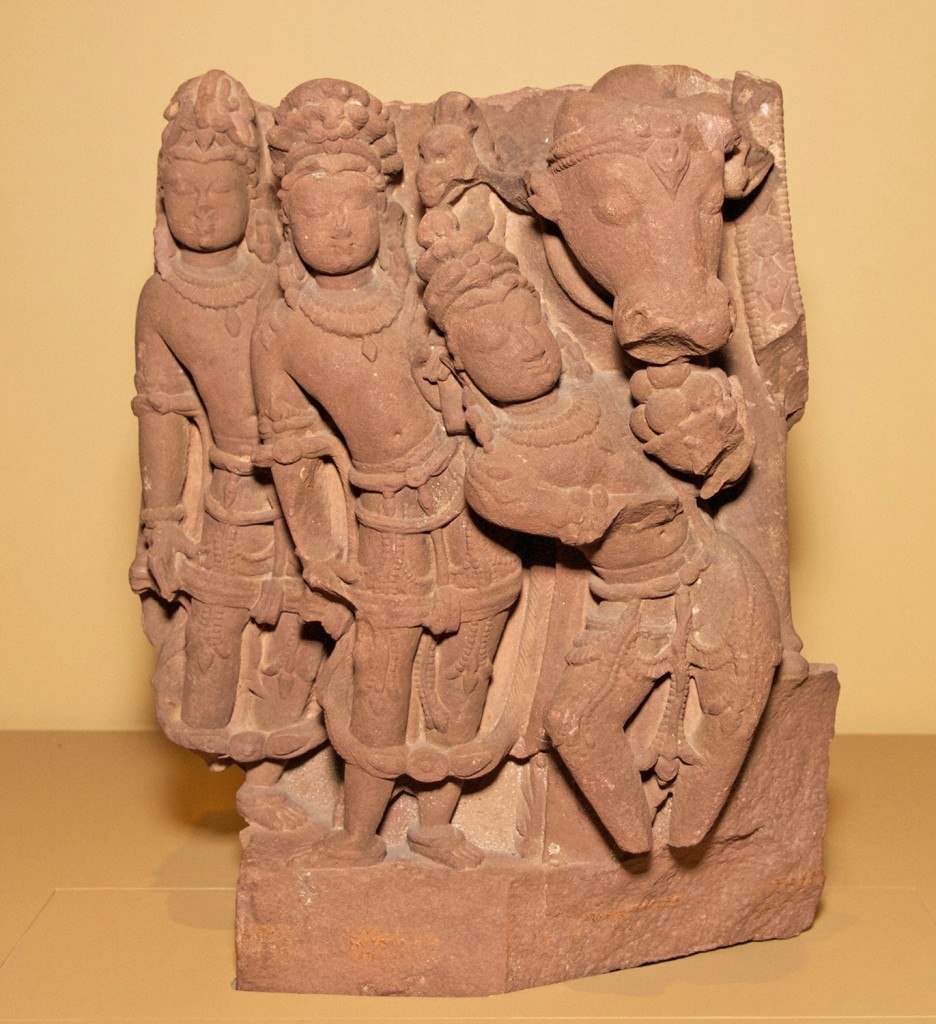 This fragment is from the lower left portion of a stele from the facade of a temple dedicated to the Hindu god Shiva. Shiva is identified by the depiction of his faithful mount, the bull Nandi, and by the staff topped with a skull held by the central attendant. The attendants wear their hair in the elaborately matted crowns that, despite regal jewelry, mark them as mendicants or yogis.