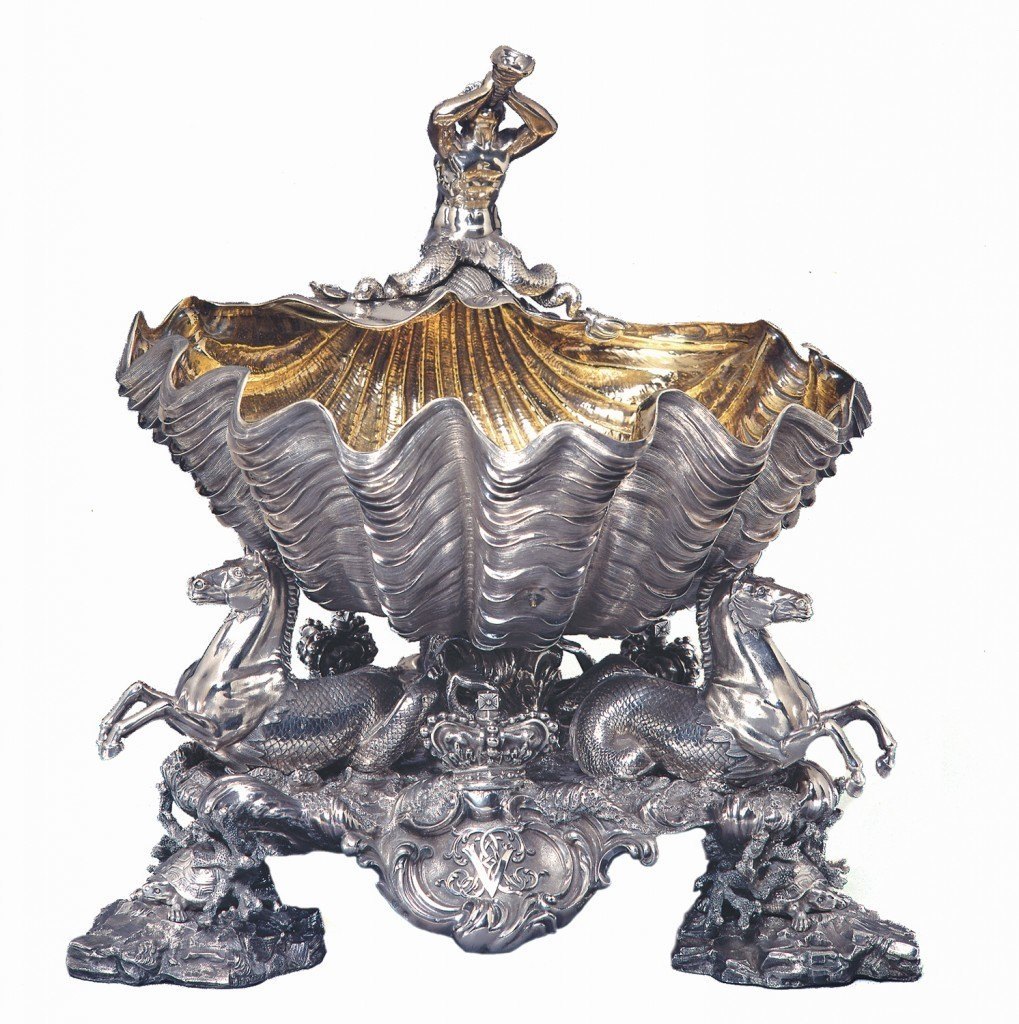 John Tapley and Hunt and Roskell

This exuberant piece was designed in honor of Victoria’s ascension to the throne on June 20, 1837.  Produced by a group of London craftsmen, it incorporates elements from tureens in the Royal Collection, which were in turn inspired by the rococo taste of George IV. These have also been compared to Bernini’s Fountain of the Four Rivers in Rome. Triton, son of the gods Poseidon and Amphitrite, dominates the giant shell, and mythological seahorses provide its support and enframe three sets of Victoria’s monogram.