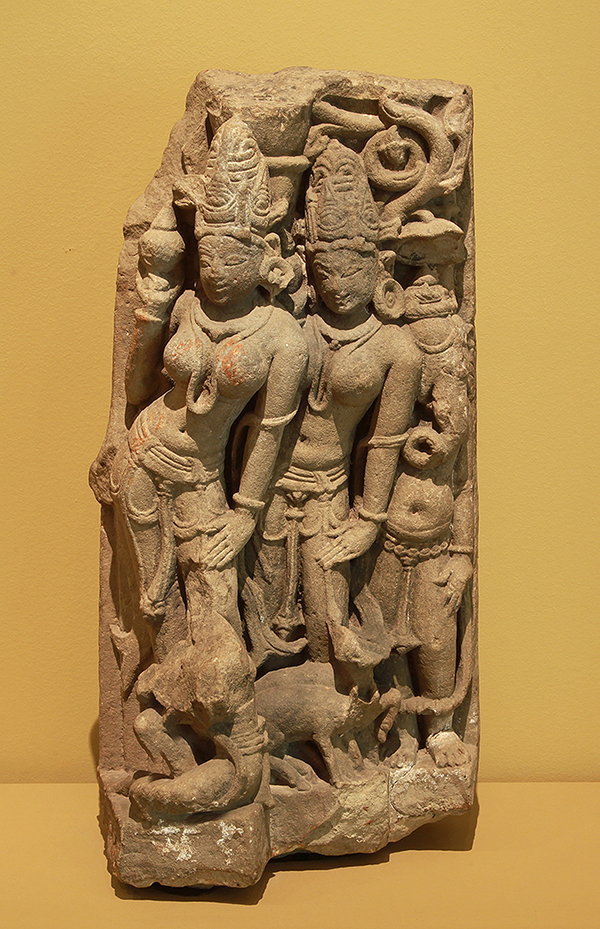 The three sculptures on this wall are architectural fragments that remained after destructive Islamic raids. Originally, this one formed the right side of a horseshoe-shaped frame that held a large central image of Shiva and Parvati. At right is Ganesha, the elephant-headed god of wisdom who was one of two “mind-born” sons of Shiva and Parvati. This grouping was probably balanced at left by Karttikeya, the other son. Here, two attending female figures have identical poses; tall, festooned crowns; and bejeweled waist girdles.