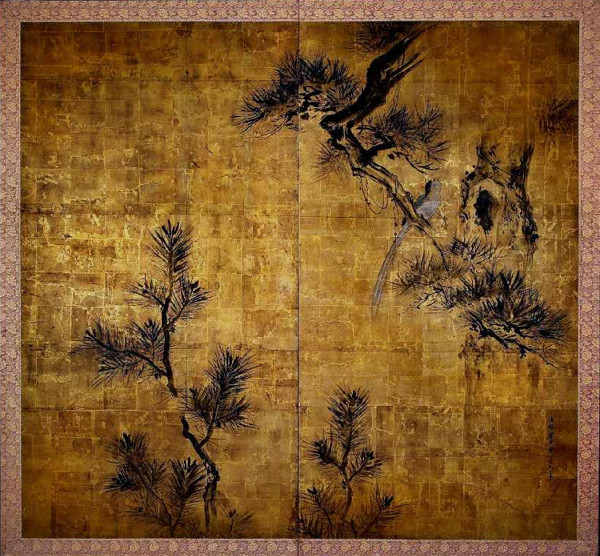 Gift of Lois Cobb in honor of the MFA docents – past, present, and future

Screens played a vital role in dividing spaces in Japanese homes, castles, and temples. They were both functional and decorative, such as with the gold-leaf background on this screen which displays the owner’s wealth as well as reflects light to brighten a dark interior space. The pine tree, a frequent image in Asian art, is a symbol of longevity and good fortune.

Founded in the 15th century in Kyoto, the Kano School was known for a style that combined expressive Chinese brushwork with simple, colorful Japanese designs. The Kano School served as the official painters to the military rulers of the day, and received commissions from the Imperial Court and many private clients from the wealthy classes.