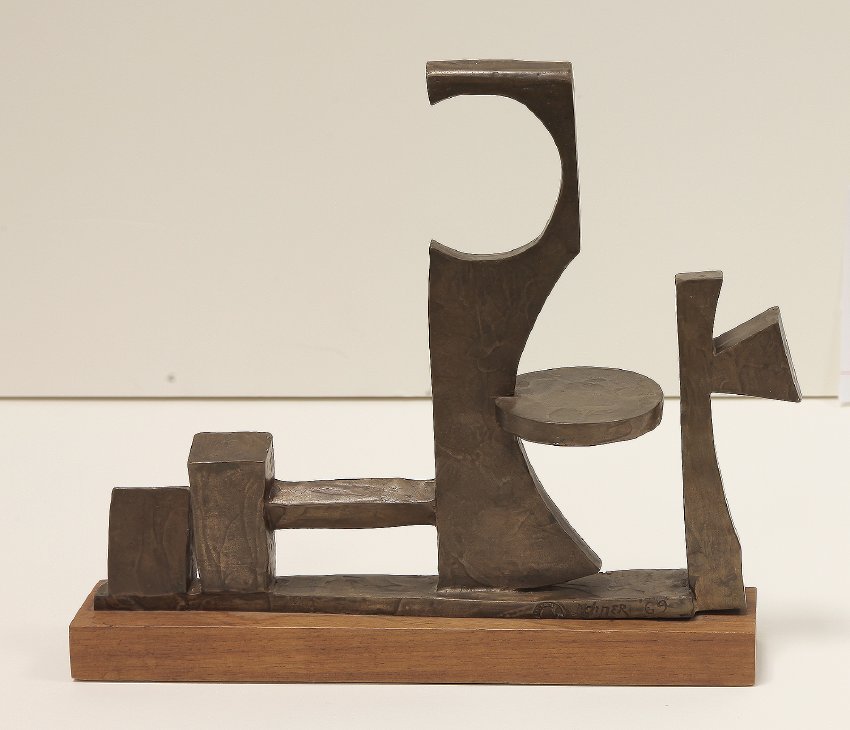 Bronze on wood base

Dorothy Dehner’s Surrealist- and Cubist-influenced sculptures are comprised of geometric abstractions, and a lively sense of line that hints at the artist’s background in modern dance. After studying at the University of California, Los Angeles, Dehner moved to New York and attended the Art Students League in the mid-1920s. There she met her first husband the sculptor David Smith, who she married in 1927.

Only when the couple divorced in 1951 did Dehner focus on her career. After years of both abstract and figurative painting, she made her first sculpture in 1955 using the lost-wax process. Sculpture became her primary medium, and she went on to use bronze and later Cor-Ten steel to create large-scale abstract works.