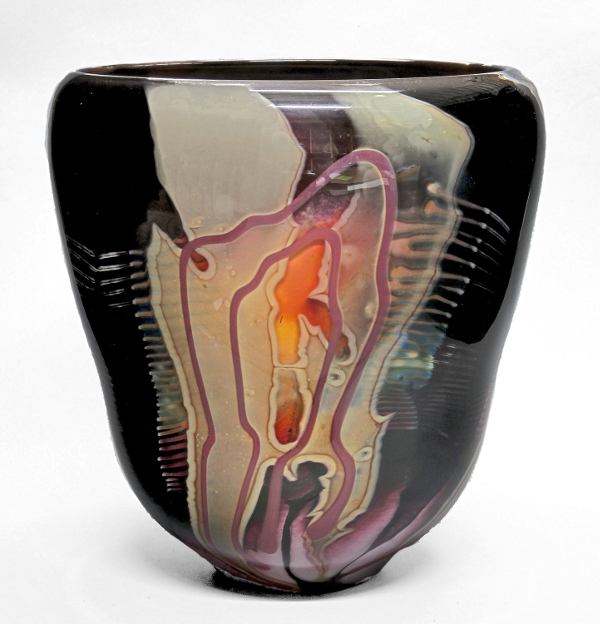 Gift of Mary and Richard B. Perry in honor of the Museum’s 50th Anniversary

Rogers is a Michigan native who attended Detroit’s Center for Creative Studies and relocated to North Carolina. Initially, she worked in ceramics, but also studied glass with Herb Babcock and received an MFA from Kent State University, specializing in pâte de verre (a technique that allows for subtle changes in color). Arriving at Penland in 1989 as an artist-in-residence, she made the “Earth Strata” series, which used canes to “draw” fossils and geological imagery. This vessel likely belongs to that series.