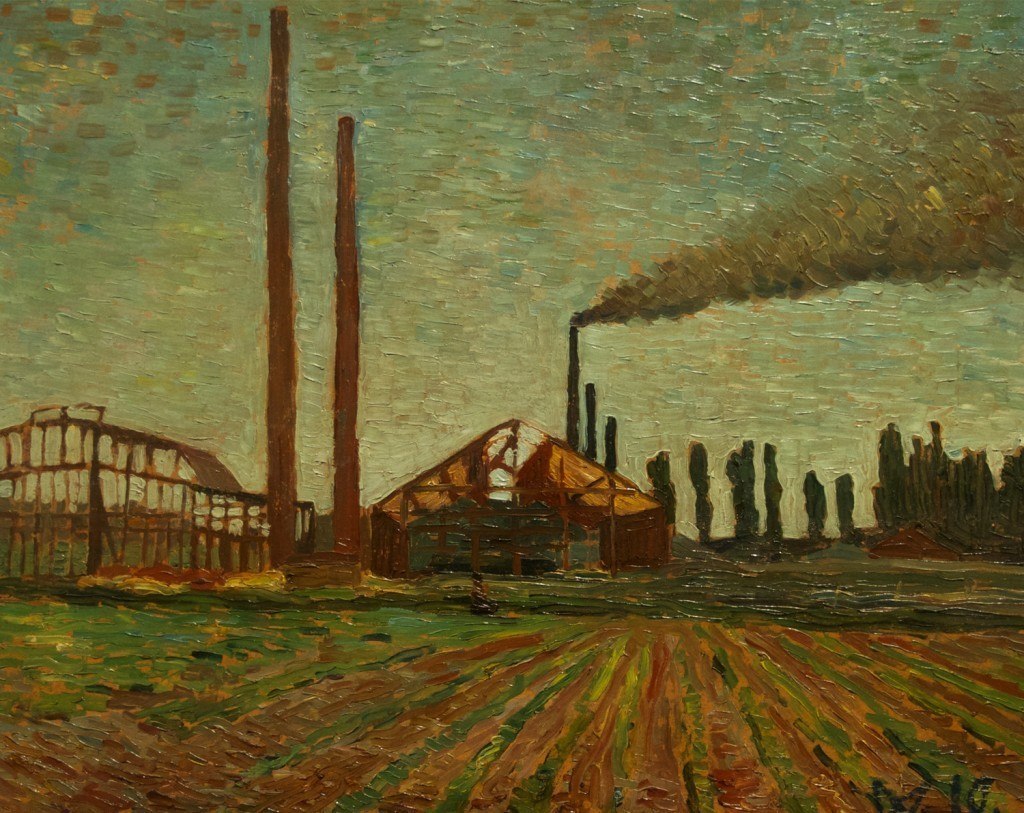 Oil on academy board

Given in memory of the Henry George and Una Mae McMaster Proctor Family by John H. Proctor

Morgner exhibited in the second Blue Rider exposition. Under the influence of Kandinsky and Jawlensky he moved towards abstraction as a means of expressing his passionate feelings about the world: My medium of expression is color… not by shading and modifying colors, but by purposeful juxtaposition of masculine and feminine colors. Conscripted in 1913, Morgner was killed in Flanders in 1917.