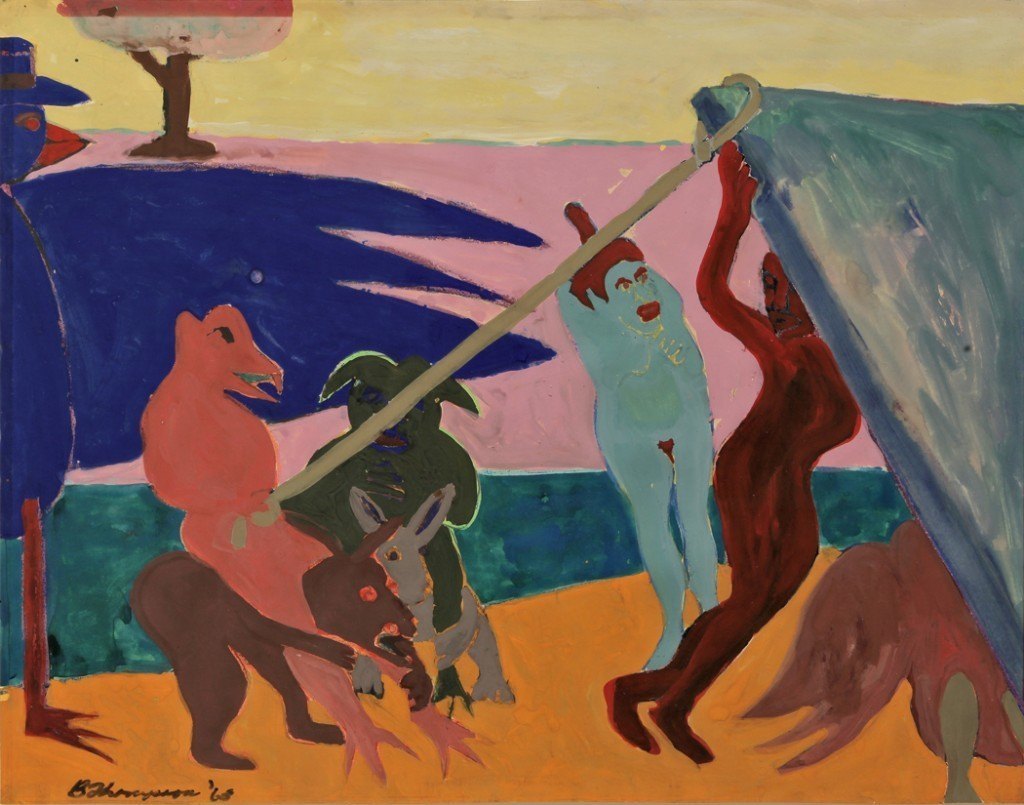 Bob Thompson was a prolific painter whose unique style reworked compositions from European masters and used a bold, Fauvist-influenced palette. He built a personal lexicon of symbolic characters that appeared often in his work, perhaps most notably the bird, as depicted here. This work references two etchings from Francisco de Goya’s (1746-1828) Los Caprichos series (1799): #42 Tu que no puedes (which is in the permanent collection of the Museum) and #59 Y aun no se van!. Goya is known for dramatic, at times horrific scenes, often with political and social commentary. Thompson’s figures are composed of bright, bold colors. He was working during the height of the Civil Rights movement, when activists were fighting to change the term for African Americans from “colored” to “black.” Thompson upended racial coding, rejecting black and white contrasts.