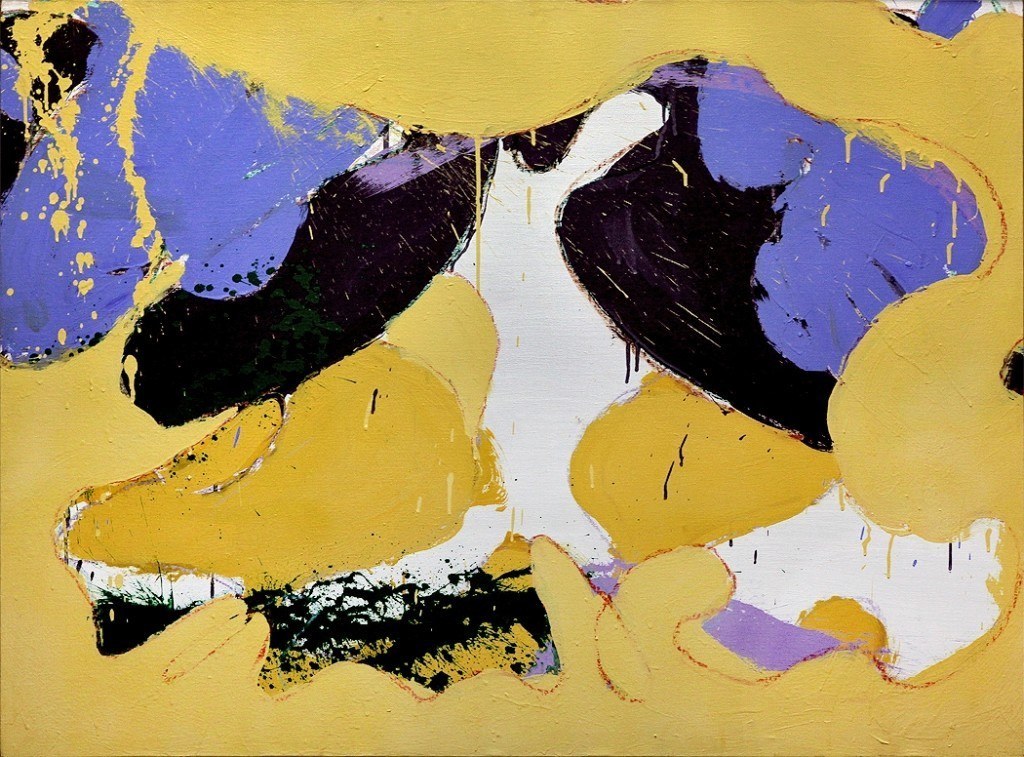 Gift of Elinor Gollay from the Benjamin Gollay Collection

Bluhm was born in Chicago and began his studies with Mies van der Rohe at the Illinois Institute of Technology in 1937. After serving in WWII, he studied art in Florence and later in Paris at the Ecole des Beaux-Arts. There, he was inspired by the architectonic landscapes of Cézanne, and studied the abstract qualities of Monet’s late paintings. He returned to the United States in 1956, settling in New York City where he became associated with the New York School.

This painting is inspired by the nude female form, which Bluhm began to regularly draw in 1967. Much has been written about the eroticism of his paintings from this period, as billowing forms in yellows and pinks hint at the female body and flesh. The layers of these large, rounded forms evoke a mysterious depth, emphasized by the contrast of yellow and periwinkle, and spaces of white.