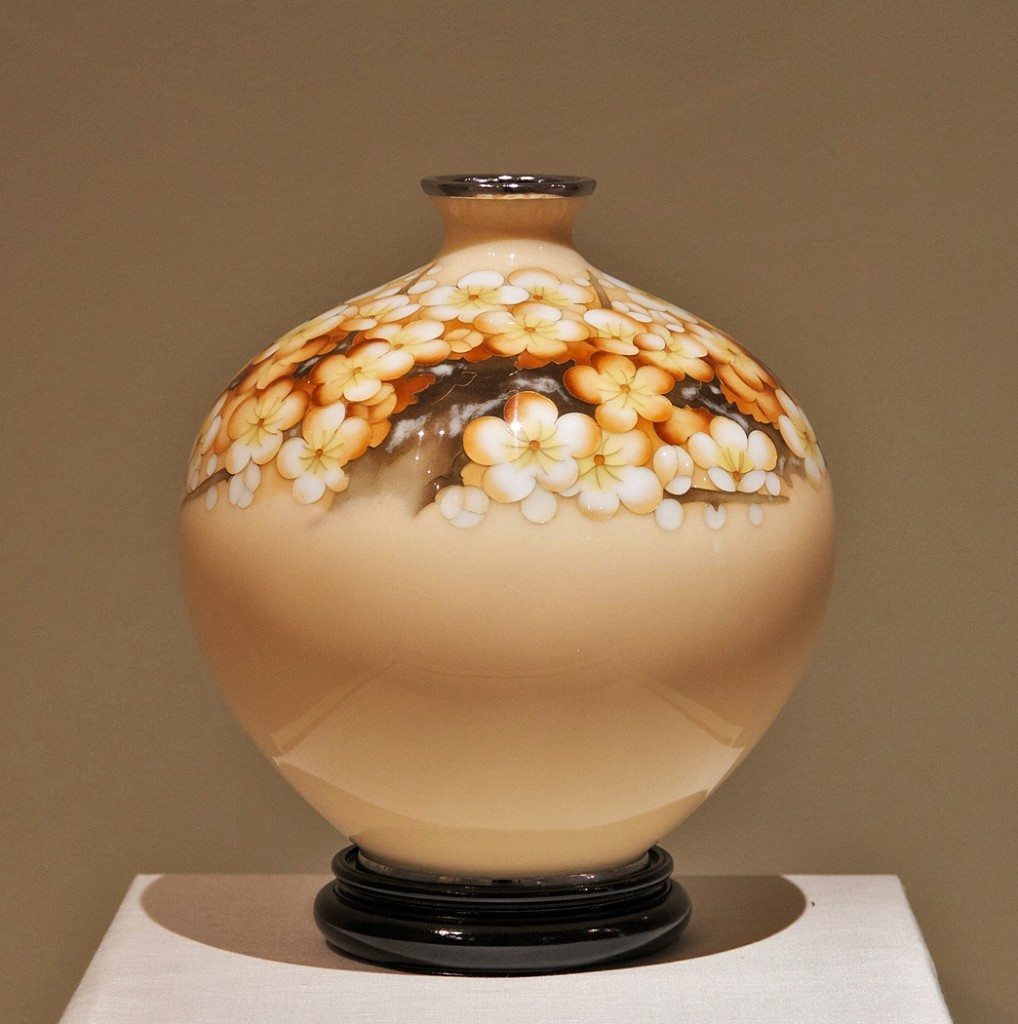 Cloisonné began being produced in the Edo Period (1600–1868) and was among Japan’s most successful exports, receiving great acclaim in Paris and London beginning in the late 19th century.

The name comes from the French word for “partitions” or “divided into compartments”. Indeed, the technique involves pouring enamel between thin wire “partitions”, which are attached to the metal body and outline the decoration.You can see the fine silver wires around the flowers on this vase.

The elegant, ovoid shape of this vase is unusual, as is the beige enamel background.The artist carefully avoids symmetry in the draping of the bands of decoration and placement of flowers, which stand out on the dark background. The exquisite technique and sure design of this vase recall pieces by Ando of Nagoya, one of the most prestigious manufacturers of Japanese cloisonné. Founded in 1880, this manufacturer was introduced to the world at the Chicago Exposition of 1893. In 1900 it was granted appointment to the Imperial Household.