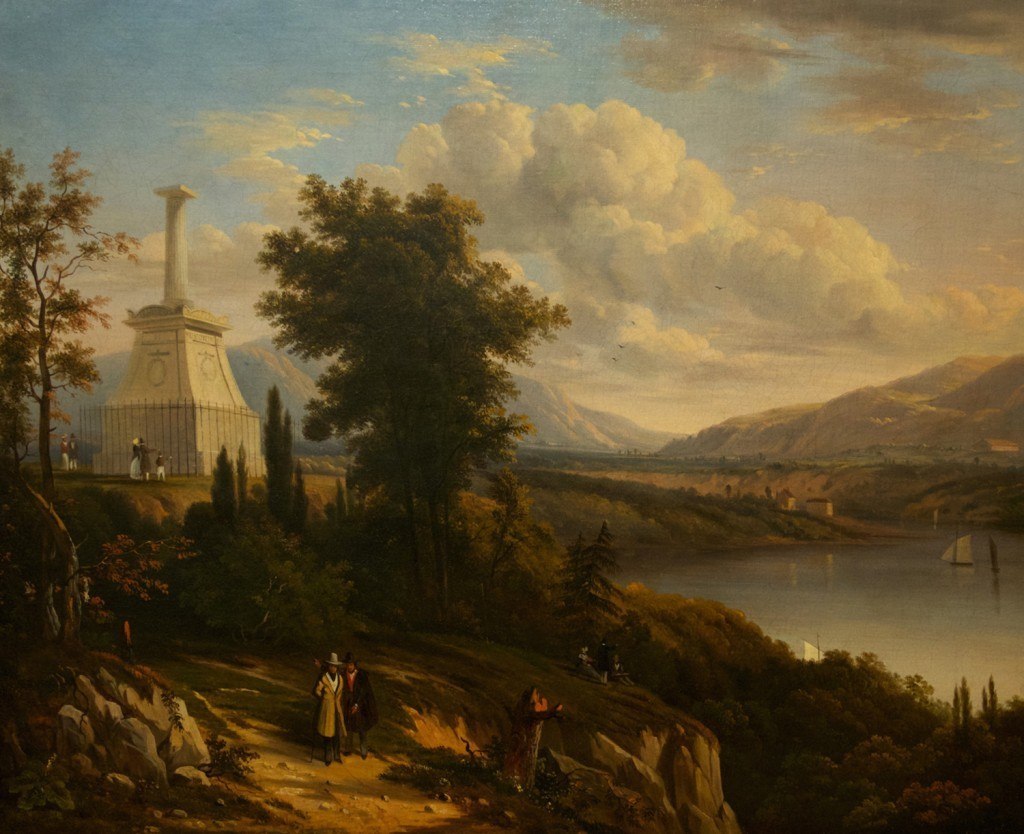 View of West Point With Monument of Kosciuszko

Victor de Grailly lived mostly in Paris and probably never visited the United States. Yet, his most successful paintings were American landscapes based on prints after works by American painters. This view of West Point on New York’s Hudson River is believed to have been based on an engraving of 1838 by Robert Wallis after an original painting by William Henry Bartlett (1809–54).