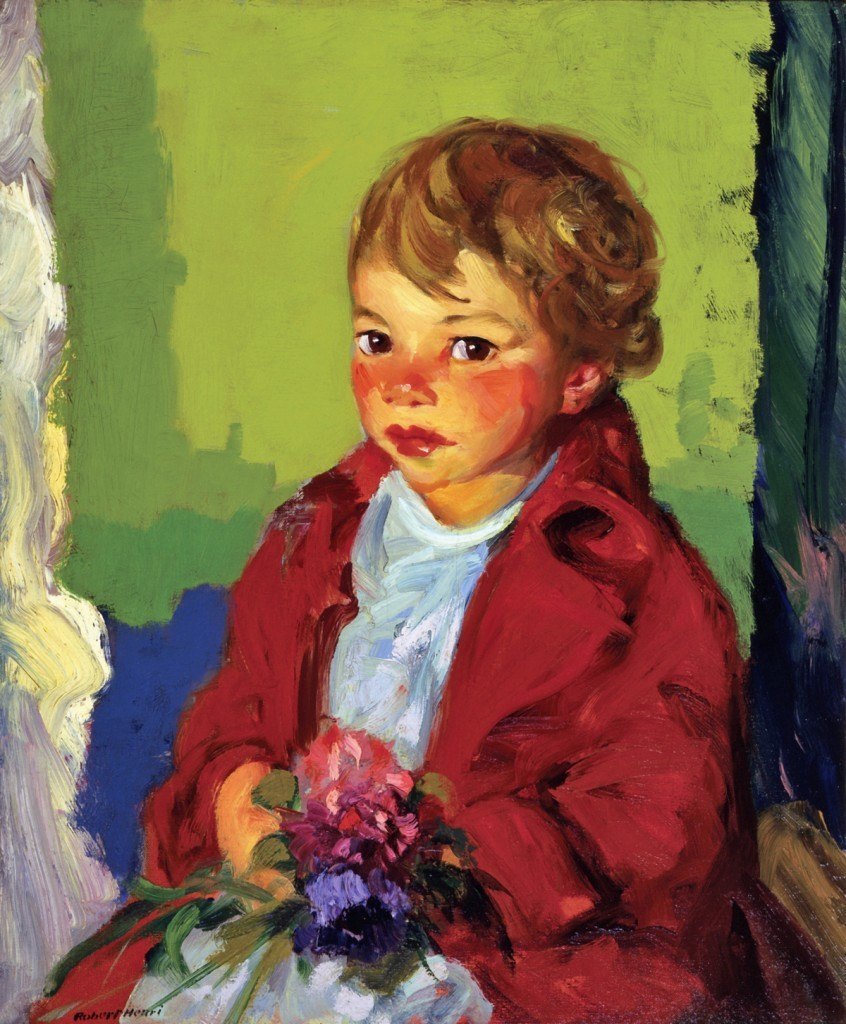 Henri studied with Thomas Anshutz at Philadelphia’s Pennsylvania Academy of the Fine Arts, but he also trained in Europe. In 1900 he moved to New York and became an influential teacher. Henri led The Eight, a group of artists who asserted their independence from the National Academy of Design, exhibiting together in 1908. Some favored gritty urban subjects and were dubbed the “Ashcan School.”

By 1909 Henri was experimenting with color theory and brightening his palette. Lily Cow departs radically from Henri’s usual palette and dark backgrounds that characterize his portraits, especially those of children—although they are executed with the same exuberant brushwork. Henri proclaimed: “If one has a love of children as human beings and realizes the greatness in them, no better subjects for painting can be found.”