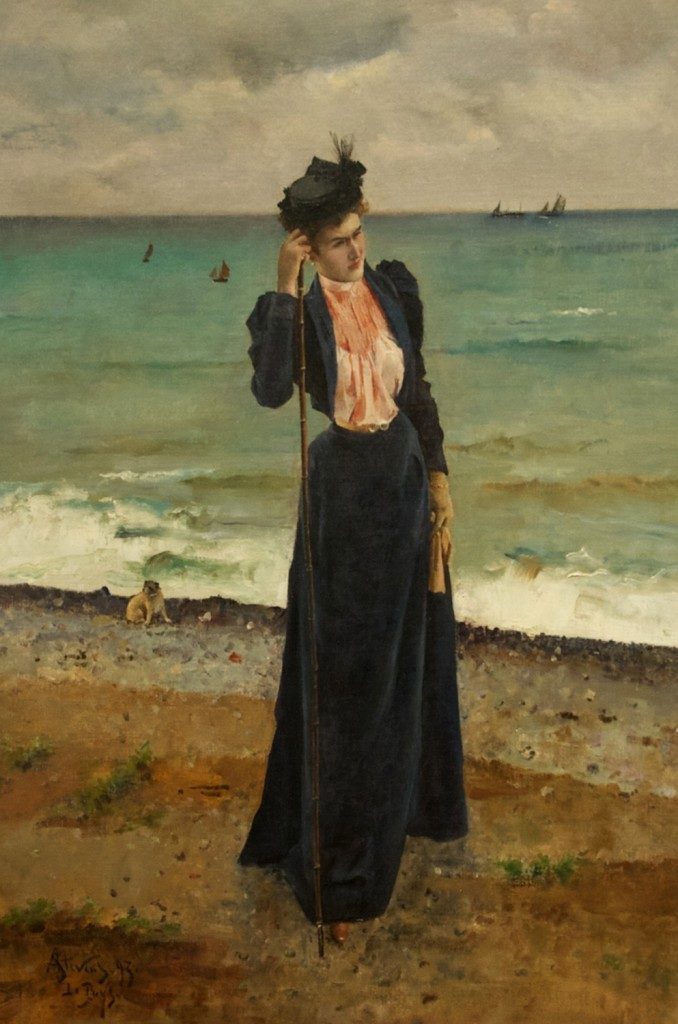 Woman By The Sea, Le Puys

Museum purchase with funds donated by Kathryn B. Stenquist in memory of her husband William C. Stenquist

Stevens pioneered contemporary scenes of the elegant middle-class as subject matter and was one of the first Parisian enthusiasts of Japanese art. Greatly patronized by American collectors, Stevens achieved fame in his lifetime for which he received a retrospective exhibition at the Ecole des Beaux-Arts. He lived in Paris for most of his career where he became familiar with the Impressionists, Whistler, and a friend of Manet.

In the 1880s, under doctor’s orders to seek fresh air, Stevens went to the coast of Normandy where he began to explore impressionist brushwork. Here, Le Puys may have been the name of a resort. This canvas exemplifies Stevens’ eye for detail and love of costume, while the background is more experimental. Instead of suggesting spatial recession, the divisions in the landscape assert the surface of the canvas, creating a tension between the rendered woman and the painterly seascape.