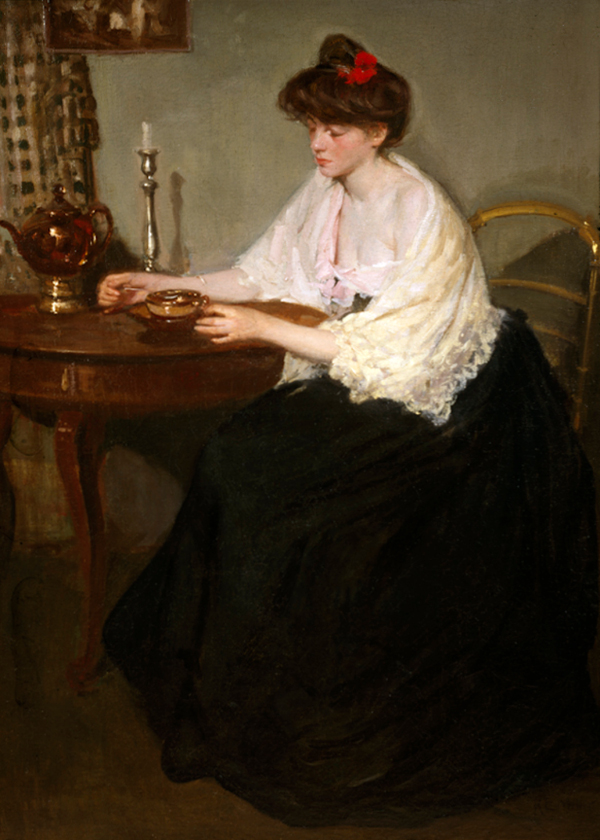 Woman Sitting at a Table

An Impressionist painter and instructor known primarily for depictions of women, Miller was prominent among the American artists working in France at the turn of the twentieth century. A scholarship from his home-town St. Louis School of Art allowed travel to Paris in 1898 where he studied at the Académie Julian.

This painting demonstrates Miller’s confident draftsmanship and emphasis on drawing, bold color contrasts and monumental design. It was made around the time Miller created paintings of Parisian cafés and nightlife. Miller’s sitter is beautiful, but a bit disheveled, possibly suggesting a lifestyle that would have been considered by many in France to be unrespectable.