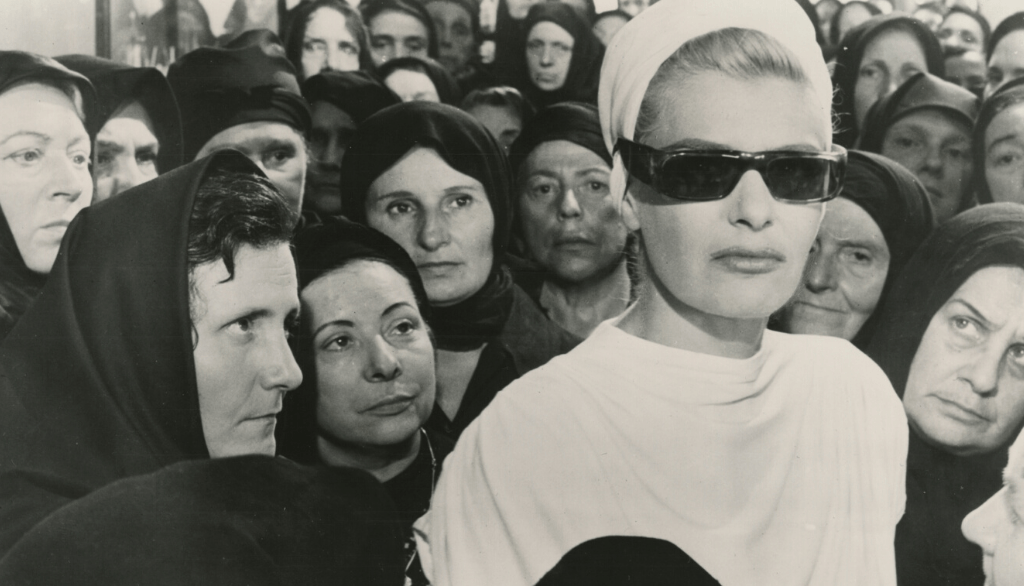 In connection with Ancient Theater and the Cinema (November 9, 2019–April 5, 2020), we are screening 3 films offering contrasting treatments of stories taken from ancient plays.

Phaedra is the fourth collaboration between Jules Dassin and future wife Melina Mercouri. It served as a starring vehicle for Mercouri after her worldwide hit Never on Sunday. The Greek legend probes the tragic consequences when a woman becomes unable to control her sexual obsession. In this film, Dassin and scriptwriter Margarita Lymberaki present Phaedra as a woman overwhelmed by passion for her stepson (played by a young Anthony Perkins). Set in Paris, London, and the island of Hydra, Phaedra takes an unflinching look at the opulent lifestyles of the shipping class. Viewers will be able to draw comparisons between characters and exploits involving the larger than life Onassis and Niarchos shipping clans.