Lecture: “The Life and Hats of Dr. Dorothy Height,” by Harriet Rosebud, Milliner 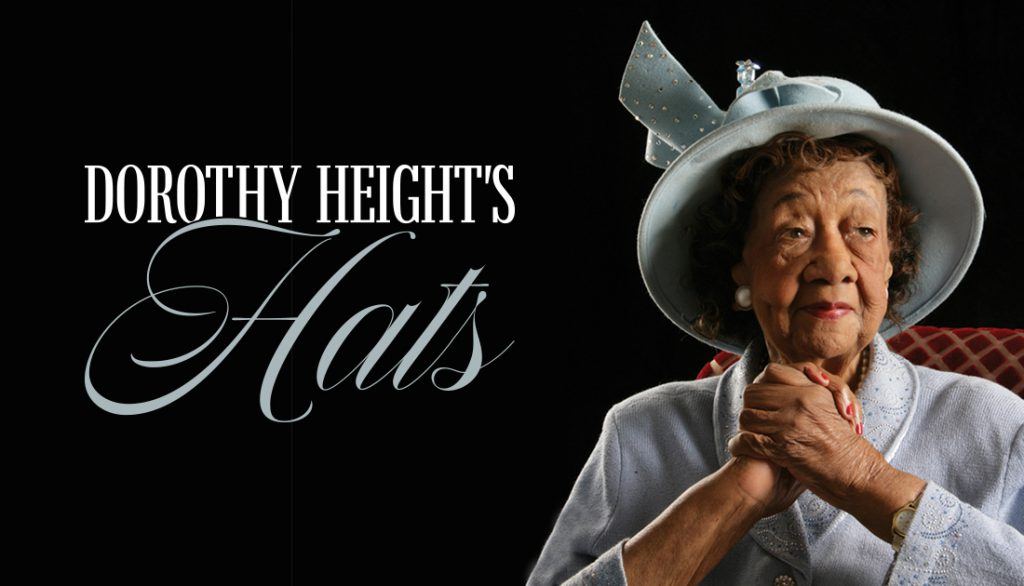 Originally from St. Petersburg FL. Ms. Rosebud earned a BS in political Science from Florida State University, but her creative side needed to find its own path.  She returned to school, attending the Fashion Institute of Technology in New York and studied Millinery Arts.  She decided to follow her passion and develop her own business, now called Rosebud of New York, with offices in New York and Atlanta. Prior to 2008, Ms. Rosebud sold her collection(s) to over two hundred boutiques and department store across the country. Currently, she services clients individually along with retail businesses via her Atlanta office.

Ms. Rosebud is one of the hat designers at the largest women’s dress hat factory in the U.S. – American Hats LLC located in Philadelphia, PA.  Combining her knowledge of political science and millinery, Ms. Rosebud has taught many seminars at conferences, museums, and schools on, The power of the hat, “Our African American Journey in Crowns”.

In 2004 Ms. Rosebud was approached by Sandy USA, to recreate her hats in miniature Art form, paying tribute to all American and African American women who wear hats. The Rosebud miniatures and products can be found in stores like Borders, Lifeway Christian bookstores, Hallmark card, art galleries and Military Bases worldwide.  These miniature hats are now considered rare items that many hat lovers who own them cherish.

In 2014 Ms. Rosebud was selected to have two specific hats from her vase collection, “The Black Raven” and the “Big Hat” displayed in the New York Museum of Art and Design.  She also taught three courses at the Museum this past summer on the design and creation of Fascinators a small hat that has been re-popularized by Princess Kate of England.

Ms. Rosebud’s is very proud to produce “The Great American Hat Show” – an annual event that takes place in April.  The show includes a fashion show of hats along with fabulous articles of women clothes, workshops in millinery art and various other artistic displays.