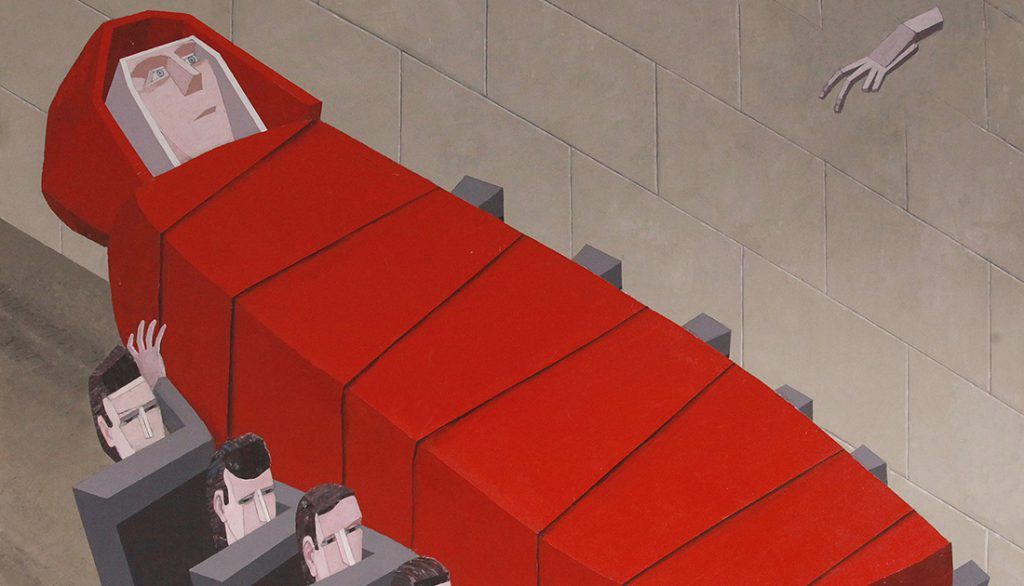 Mernet Larsen is one of the area’s most accomplished artists. She will discuss her paintings on view in the Lee Malone Gallery, as well as others that have marked her development and remarkable career.

From 1967-2003, Ms. Larsen taught at the University of South Florida, Tampa, where she influenced many promising artists, and is now Professor Emeritus. She received the Jerry Krivanik Distinguished Teacher Award from USF and has been a visiting professor at Yale University.

Ms. Larsen has had more than 25 solo exhibitions in museums and galleries, and her paintings have been included in group shows at White Cube in London and the National Museum of Women in the Arts in Washington, D.C., among many other venues. In 2012, at the age of 72, she had her first solo gallery show in New York

Distinguished art critic Roberta Smith wrote in the New York Times that “her efforts are extremely viable participants in an extensive, possibly global conversation about how to portray modern, three-dimensional life on two-dimensional surfaces.”

Her work is in the collections of the Whitney Museum of American Art in New York, the Los Angeles County Museum of Art, and the Walker Art Center in Minneapolis. She holds her BFA from the University of Florida and her MFA from Indiana University Bloomington. She is represented by the James Cohan Gallery in New York.

Mernet Larsen, the first monograph on her work, is available in the Museum Store. It features striking reproductions and an essay, “Mernet Larsen’s Achievement,” by award-winning art critic and poet John Yau, Professor of Critical Studies at Rutgers University.

Lectures are free with MFA admission.