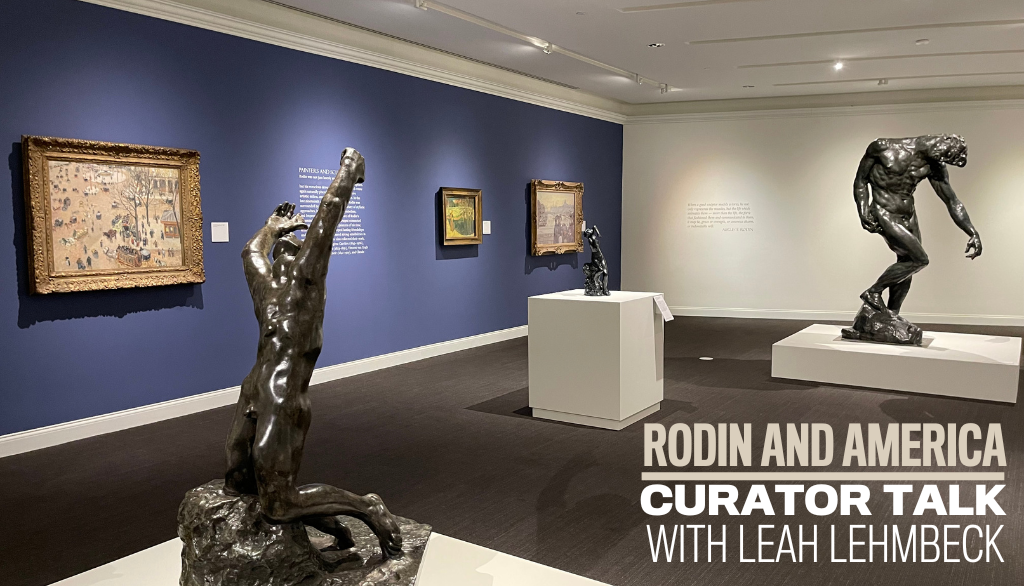 The biographical narratives surrounding Auguste Rodin perpetuated by his contemporaries, as well as by the artist himself, helped generate his reputation as a transformative figure in the history of Western art. And while his ceaseless self-promotion and public persona helped spark his critical attention, it is the powerful movement and raw emotion fundamental to Rodin’s work that solidified his significance in his time and beyond.

His impact on French art can perhaps be naturally understood, but what is equally compelling is how and why Americans have had an equal appreciation for his creative output. Rodin’s reception in the United States was early and strong, and his sculpture in particular was imbricated with the formation of American public and private collections – both during his lifetime and throughout the twentieth century. In this lecture we will outline how Rodin assured his own artistic relevance, and then discuss his importance in America, which ultimately led to collections such as the one at LACMA, now featured in the exhibition True Nature: Rodin and the Age of Impressionism.

LEAH LEHMBECK  joined LACMA in 2014. After receiving her PhD from the Institute of Fine Arts in 2007, she served as curator of 19th- and 20th-century art at the Norton Simon Museum where she was responsible for a complete rehang of the 19th-century galleries, and presented several exhibitions including Gaze: Portraiture After Ingres (2009); Plants, Flowers, Fruits: Ellsworth Kelly Lithographs (2010); Proof: The Rise of Printmaking in Southern California (2011); and Beyond Brancusi (2013). Since joining LACMA, Dr. Lehmbeck curated several exhibitions, including Delacroix’s Greece on the Ruins of Missolonghi (2014), A Visionary Bequest: Selections from The A. Jerrold Perenchio Collection in 50 for 50: Gifts on the Occasion of LACMA’s Anniversary (2015), To Rome and Back: Individualism and Authority in Art, 1500-1800 (2018) and City of Cinema: Paris 1850–1907 (2022), co-curated with Britt Salvesen. She has lectured and written widely across her field, serving as editor and/or author for several publications including most recently: Goya in the Norton Simon Museum (2016); Impressionist and Modern Art: The A. Jerrold Perenchio Collection (2016); Manet and Modern Beauty: The Artist’s Last Years (2019); the three-volume catalogue Gifts of European Art from The Ahmanson Foundation (2019); Mr. and Mrs. Edward Carter Collection of Dutch Paintings (2019); and City of Cinema: Paris 1850–1907 (2022). She has represented the curatorial team in planning discussions for the museum’s new building for the permanent collection and has led efforts to secure display solutions for LACMA’s sculpture collections around Los Angeles County, working towards partnerships with each of the five County districts.

True Nature: Rodin and the Age of Impressionism was organized by the Los Angeles County Museum of Art