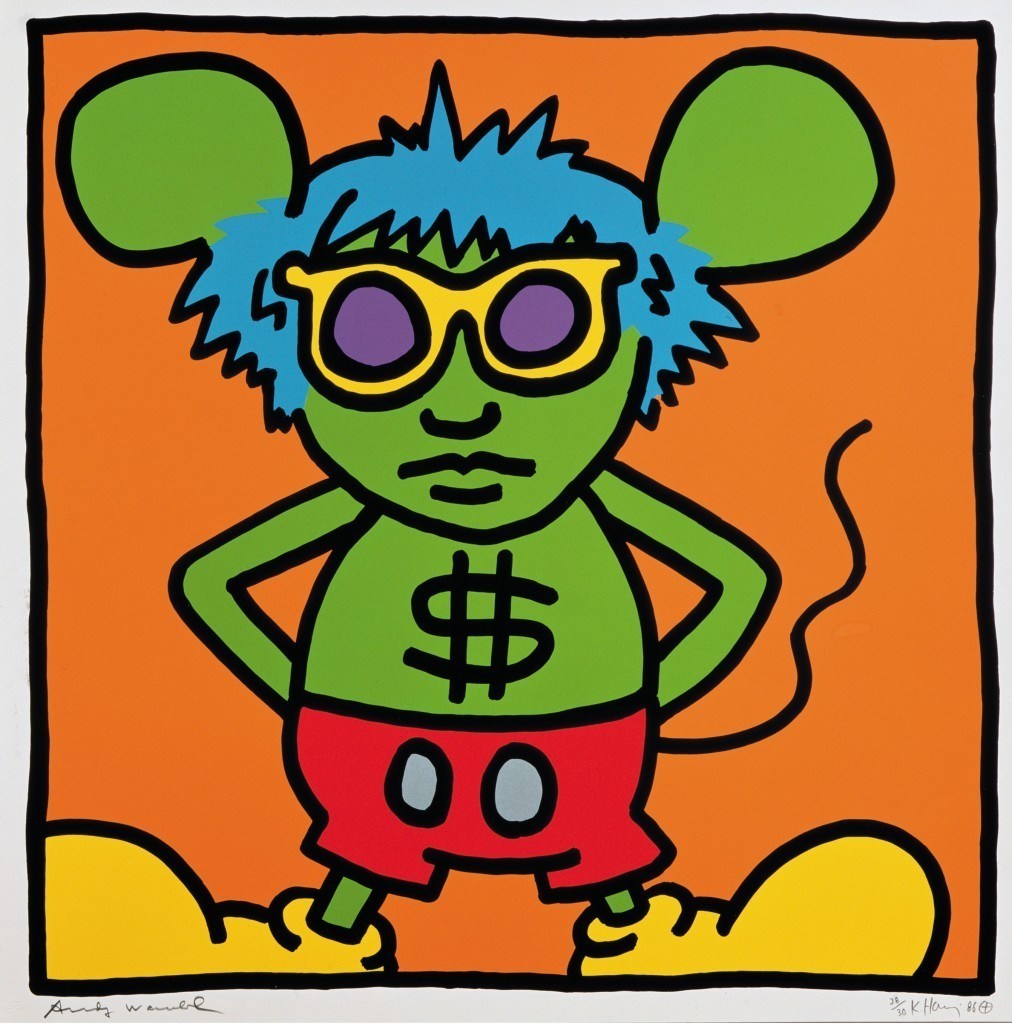 Above: Keith Haring (American, 1958-1990), Andy Mouse, 1986, One of four Silkscreen prints, Keith Haring artwork © Keith Haring Foundation, On Loan from the Bank of America’s Art in Our Communities Program

Andy Warhol (1928–1987) was one of the central figures of the Pop Art movement and one of the most recognizable artists of the second half of the 20th century. Though he worked in many media, his prints sealed his artistic reputation. He used mass-produced images to mirror and reflect upon our media and celebrity-obsessed culture, and he also reacted to the pervasive and subliminal influence of advertising. This is the first Warhol exhibition ever presented at the MFA. It features over 70 prints from some of his most celebrated series, including Flowers, Muhammad Ali, Campbell’s Soup, and Marilyn. Also included are prints from the Andy Mouse series, an homage by his friend and fellow artist Keith Haring, and a portrait of Warhol by Robert Mapplethorpe. This exhibition is organized by the Bank of America Corporate Art Program.