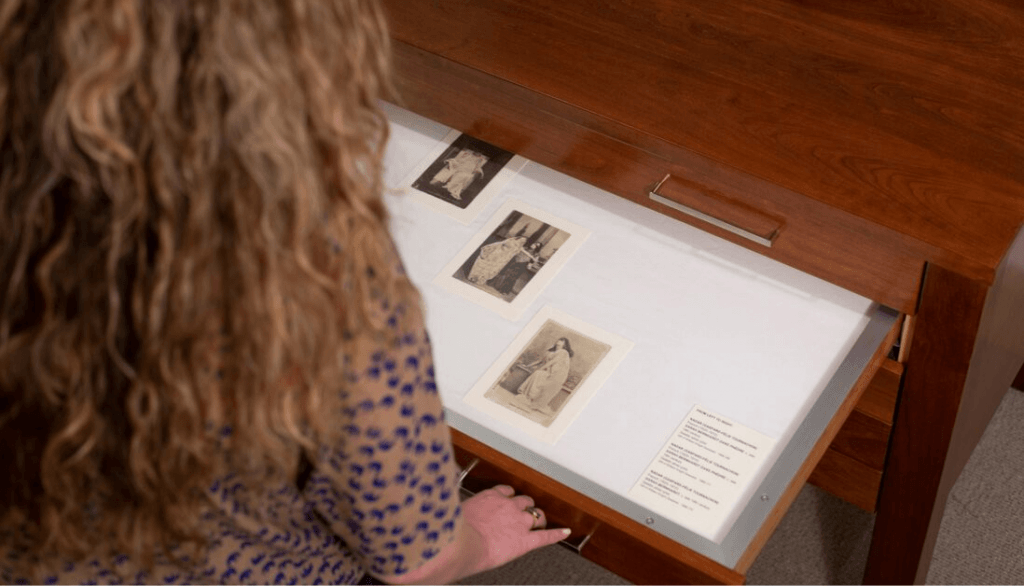 Explore the VaultsVisions of France

This exhibition series offers viewers a chance to learn more about the museum’s expansive holdings—many of which are light sensitive and only rarely on view. Generally only five percent of the museum’s collection is on view at any given time. The other ninety-five percent —mainly photographs, prints, and drawings—are kept in dark, climate-controlled vaults to protect them from fading. Explore the Vaults makes some of these rare, vulnerable objects available in a unique exhibition format. Visitors to this special exhibition are invited to open our special storage drawers to view curated selections from the museum’s expansive holdings.

The inaugural exhibition, Visions of France, features late 19th and early 20th century prints of the French capital and countryside. Although often thought of as timeless and eternal, Paris actually underwent a series of sweeping urban changes in the mid-to-late 19th century. Much of the medieval city was demolished to build the quintessentially Parisian buildings and boulevards beloved by tourists then and today. In addition, the rise of industry and of transportation systems transformed the French capital into a truly modern, international city. Artists of the period related to these changes in a variety of ways—depicting both positive and negative aspects of the city and its inhabitants. In contrast, many saw the French countryside as a place of retreat. Yet, even within this seemingly pastoral imagery, one can glimpse elements of modernization, as well as themes of national identity.