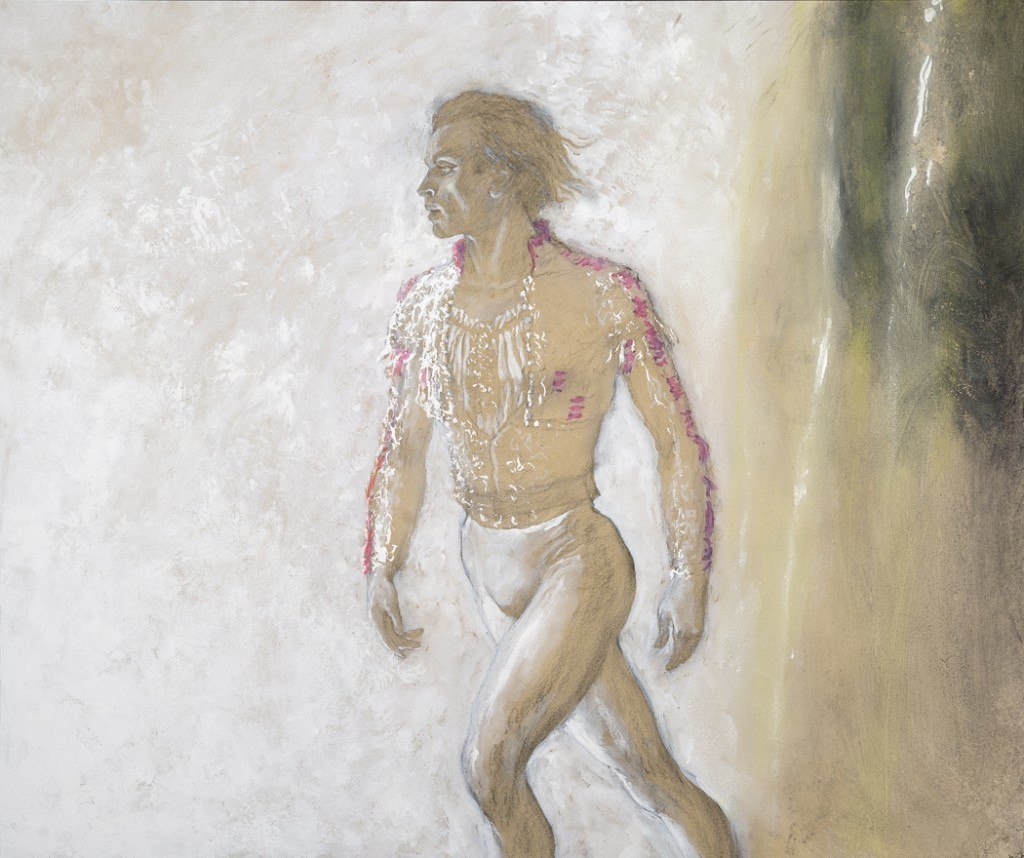 This exhibition focuses on the art of Jamie Wyeth (b. 1946) and is drawn from the substantial holdings of the Wyeth Family in the Brandywine River Museum of Art’s collection. It explores the unique collaboration between Wyeth, one of this country’s greatest living painters, and the famous ballet dancer Rudolf Nureyev (1938‒1993). These exuberant works were made in many media and date between 1977 and 2001, including posthumous portraits Wyeth created. The Museum is supplementing the nineteen portraits—three of which are large in scale—with five costumes in the Brandywine’s collection that Nureyev wore in some of his most memorable performances.

Described as a “rock star” of ballet by the New York Times, Nureyev dramatically defected from the Soviet Union in 1961. He danced primarily in Europe and North America. In 1983 he became director of the Paris Opera Ballet when he had already achieved mythical status in the dance world. Jamie Wyeth is the son of Andrew Wyeth and grandson of the celebrated illustrator N. C. Wyeth. The Wyeth Family is legendary in the history of American art. Their work encompasses a wide variety of genres, from book illustration to landscape, portrait, and figure paintings. Jamie Wyeth studied art with his Aunt Carolyn and spent time observing his father in the studio. He favors the richness and exuberance of oil over his father’s sober tempera painting. His notable portraits include those of John F. Kennedy, Lincoln Kirstein, Andy Warhol, and his father Andrew, but he felt that Nureyev was his most challenging subject.

During the exhibition, the two-person play, Nureyev’s Eyes by David Rush, will be presented at American Stage Theatre Company in downtown St. Petersburg (October 17 ‒October 26; Preview October 15 and 16). Nureyev’s Eyes explores the intense process of depicting this celebrated persona consumed with his self image and the relationship between artist and dancer, portraitist and model. It premieres for the first time in Florida.

This exhibition is organized by the Museum of Fine Arts, St. Petersburg, Florida, in conjunction with the Brandywine River Museum of Art, Chadds Ford, Pennsylvania.