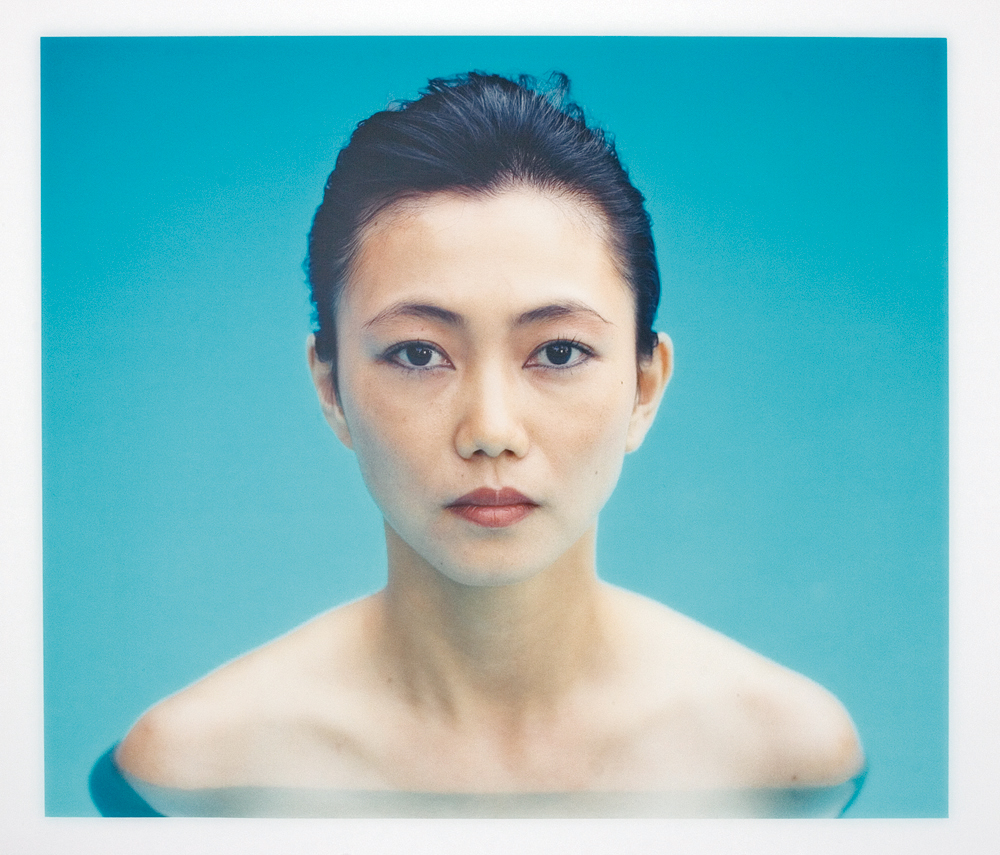 The Human TouchContemporary Art from the RBC Wealth Management Collection

The nearly 50 works in this engaging exhibition celebrate the figure in contemporary art through astounding diversity in media and the people portrayed. Many pieces are large-scale. Rarely has such a wide range of ethnicity and cultures been explored in one show.

Many major artists are represented: Roy Lichtenstein, Jim Dine, Chuck Close, Nan Goldin, John Baldessari, and Carrie Mae Weems. among others. Chuck Close’s John (1998) is one of his large scale portraits that play with our visual and intellectual perception, changing as we move forward or away. Close makes us question if we can ever really read another’s face, supposedly the window to the soul. His technical mastery is once again on display.

Works by female artists, who have struggled to be recognized in the art world, are highlights. Nan Goldin’s Guido on the Dock, Venice (1998), an unusual dye destruction print, is mysterious, even otherworldly, as the figure appears to look toward a small circle of light.

Carrie Mae Weems’ untitled photograph (Woman with Friends), 1990, resembles a series of film stills and reveals the power and joy of female bonding. The viewer is seemingly given entree into very private moments. Viola Frey, who died in 2004 at 71, became a role model for younger women and “craft” artists. She is known for her monumental ceramic sculptures of the middle and working-class. Her pastel, Fighting Men Series, Diptych II (1993), is overflowing with her signature figures and bold exploration of color.

Several pieces explore issues of identity. Lezley Saar’s Between a Mulatto and a Quadroom (1997), challenges biological notions of race. Saar comes from an extremely talented family. Her mother Betye and her sister Alison are both accomplished artists.

The Human Touch is impressively global and will introduce the area to some of the world’s most exciting artists: Jose Bedia (born in Havana, now in Miami), Tony Bevan (British), Hung Liu (born in China, nowin the U.S.), Salomon Huerta (born in Mexico and now in the U.S.), Dinh Q. Le (who divides his time between his native Vietnam and L.A.), and Tiranit Barzilay (one of Israel’s best known photographers).

A number of these artists have been tapped for Whitney Biennials, a leading venue for cutting-edge art. All the artists have works in important museum collections.

For more than 18 years, RBC Wealth Management, one of the nation’s largest full-service securities firms, has collected and presented art that reflects the society in which its clients and employees live and work. The corporate collection, permanently displayed at the firms headquarters  in Minneapolis, has grown to more than 400 objects.