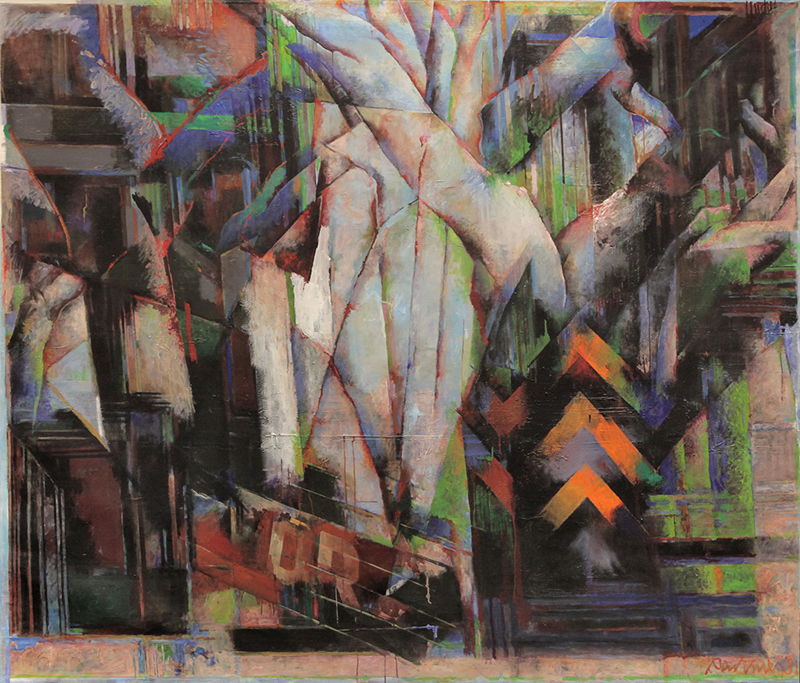 This exhibition has been organized to celebrate the 100th birthday of William Pachner, a painter who has been tirelessly devoted to, in his own words, creating “work celebratory in praise of all life.” Pachner works in a painterly, expressive manner. He is not interested in literal representations, but in personal interpretation of the forces of nature filtered through the imagination.

Born in Czechoslovakia, Pachner studied at the Academy of Fine Arts in Vienna in the 1930s, and immigrated to the United States in 1939. Days later, the Nazis invaded his country and over the next six years all eighty members of his family were killed in concentration camps during World War II. Pachner had been working as art director at Esquire magazine, but upon hearing of his family’s fate in 1945, decided to focus on his artistic career: “From now on, I shall use whatever gifts I have to bear witness to my experience.”

In 1951 he moved to Florida, and for many years divided his time between the Tampa Bay-area and Woodstock, New York, where he currently resides. Pachner received the American Academy Arts and Letters Award in 1949; a Ford Foundation Award for Painting in 1959 and 1964; and a Guggenheim Fellowship in 1960. His work has been included in exhibitions at Carnegie Museum of Art; Detroit Institute of Arts; Pennsylvania Academy of the Fine Arts; and the Whitney Museum of American Art.