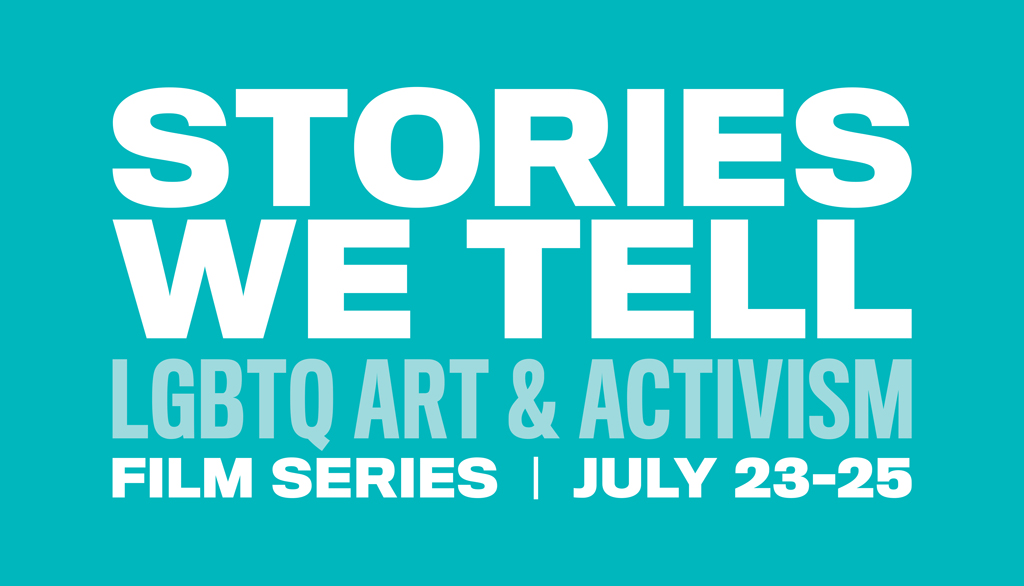 In collaboration with the Tampa Bay International Gay and Lesbian Film Festival, with support provided by the Art Bridges Foundation and the St. Petersburg/Clearwater Film Commission, the Museum of Fine Arts is proud to present three films centered on LGBTQ artists, filmmakers, and allies and their role in advancing conversations about art, social justice, and queer visibility.

From the deeply closeted Marsden Hartley, who overtly referenced his sexuality using coded symbolism to the politically charged work of LGBT artists in the 1980s and the Black Lives Matter social justice movement of today, Stories We Tell advances our understanding of the intersection between art, LGBT visibility, and civil rights by exploring the economic and social forces connecting three distinct eras.

Together, these three films touch upon the myriad ways that art, activism, and the civil rights struggles of all peoples have been entwined throughout history.

“The Patron Saint of Pop Culture”: What do Dolly Parton, Beyoncé, and Cam Parker all have in common?  They’ve all saved us from the clutches of basic-ness through pop culture! Follow the award-winning short of this Tampa-based artist who has provided artwork and designer jackets to artists like Lady Gaga, Lizzo, and Janet Jackson, all while creating murals and art pieces around Central Florida. WATCH TRAILER

“Kenny Scharf: When Worlds Collide” is a 2020 award-winning documentary on the life of Kenny Scharf, a prolific New York Street artist who, together with Keith Haring and Jean-Michael Basquiat, conquered the art world and would become one of the icons of Pop art. Along with friends Keith Haring and Jean-Michel Basquiat, Kenny Scharf grew from a graffiti artist into a major force in the 1980s NYC art scene. Obsessed with garbage, cartoons, and plastic, this playful Peter Pan’s roller coaster career flourished despite the decimation of the AIDS crisis and the fickle tastes of the art world. From street art to museums, Scharf continues to create colorful, complex work that puts him at the forefront of where popular culture meets fine art. The documentary features Kenny’s arrival in New York until the present day and his continued career as an artist and iconoclast. 1hr 17 min; Directed by Max Basch and Malia Scharf. WATCH TRAILER

The virtual screening will be immediately followed by a pre-recorded interview with the director.

*Link will be sent 24 hours prior to the screening

“Aggie” is a 2020 feature-length documentary that explores the nexus of art, race, and justice through the story of art collector and philanthropist Agnes “Aggie” Gund’s life. Emmy-nominated director Catherine Gund focuses on her mother’s journey to give viewers an understanding of the power of art to transform consciousness and inspire social change. Aggie is internationally recognized for her robust and prescient support of artists–particularly women and people of color–and her unwavering commitment to social justice issues. After falling in love with art as a high-school student, Aggie discovers a new way of looking at the world. The film opens with Aggie selling Roy Lichtenstein’s “Masterpiece” for $165 million to start the Art for Justice Fund. The proceeds from one of the highest grossing artworks ever sold fuel a monumental effort to reform the American criminal justice system and end mass incarceration. The film captures Aggie as a true maverick who demonstrates the unique role and potential of collectors and benefactors to use art to fight justice. This is untapped terrain, and we see Aggie leading the way. 1hr. 32 min; Directed by Catherine Gund, who founded DIVA TV, the video activism affinity group documenting ACT UP protests. WATCH TRAILER

The virtual screening will be immediately followed by a pre-recorded interview with the director.

*Link will be sent 24 hours prior to the screening

“Cleophas and His Own”: In September of 1943, the typescript of a private, unpublished narrative was discovered in Corea, Maine, among the belongings of the American modernist painter and poet Marsden Hartley — just a few days after his death. This powerful and poignant elegy called Cleophas and His Own and written by Hartley to assuage his grief at the loss of a young man he loved, is now a feature-length film directed by Michael Maglaras and produced by Terri Templeton of 217 Films. The film presents Hartley (played by Maglaras) seated in his makeshift studio in Corea in 1943 where, tired and ill, he recounts a tragic story to an unseen visitor of the sad fate that befell the Francis Mason family: a family of farmers and fishermen with whom he lived on a remote island in Nova Scotia seven years before. Using Hartley’s text in its entirety and preserving the poem’s 13-chapter structure, the film uses flashbacks and employs 24 of Hartley’s paintings and drawings to tell of the events leading up to and following the Atlantic hurricane of September 19, 1936, when Hartley lost the young man who had become the love of his life. Following the death of this young man, the last seven years of Hartley’s life were devoted to reliving these experiences through poetry and painting, leaving behind a body of work, second to none in the American experience, devoted to this young man’s memory and his love the Mason family. 2 hr. 27 min. Directed by Michael Maglaras. WATCH TRAILER

The screening will be immediately followed by a pre-recorded interview with the director.

“Virtuoso filmmaking in a rare and beautiful hybrid…Cleophas and His Own holds the viewer spellbound from start to finish.” —Peggy Parsons, Director of Film, National Gallery of Art

Free for MFA members; or with admission for not-yet members.

Support provided by the Art Bridges Foundation and the St. Petersburg/Clearwater Film Commission