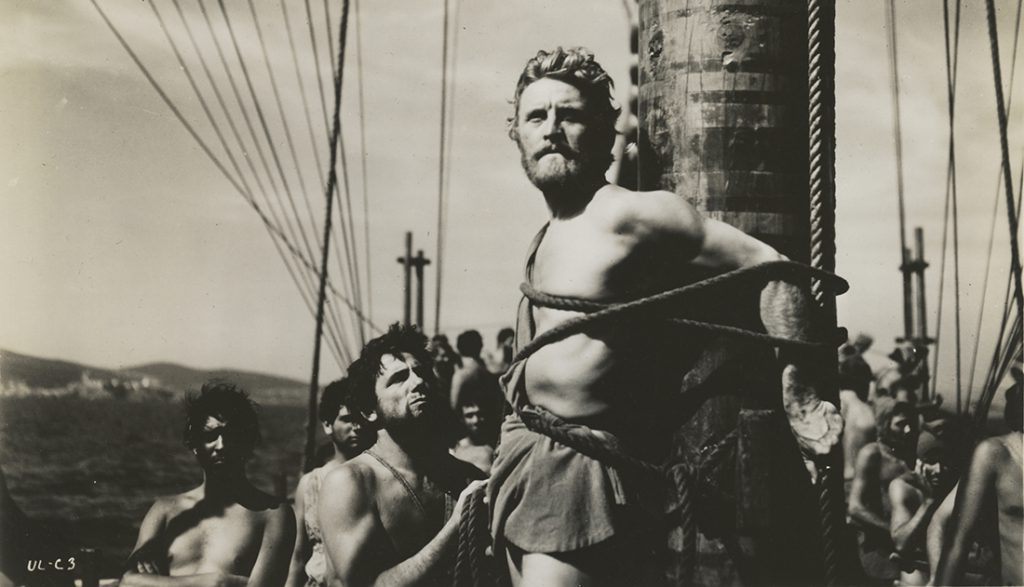 Ancient Theater and the Cinema

Ancient theater and modern film are at opposite ends of the same distinguished tradition. Ancient Theater and the Cinema is the first exhibition to combine ancient images of the Greek theater with movie stills inspired by Greek plays and mythology. The dialogue between ancient and contemporary images displays the continuity of Greek theater across nearly two and a half millennia, demonstrating its enduring legacy and profound influence.

Theatrical performances were widely popular in ancient Greece. Theater was an Athenian invention and Athenian playwrights were celebrities far beyond Athens. A key feature of an ancient Greek city-state (polis) was a theater, at which tragic and comic plays were staged during multi-day festivals. The performances developed from choral song and dance sacred to Dionysus, the god of wine and the theater.

With the exception of a very rare bronze sculpture of Dionysus, all of the material in this exhibition was brought together by the Tampa collector William Knight Zewadski, who gifted his extensive collection of classically-themed movie stills to the Special Collections, University of South Florida Tampa Library.